LeasePlan has joined cities, businesses and NGOs in founding a new global initiative to massively accelerate the adoption of electric and other zero emission vehicles around the world. 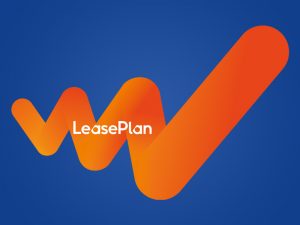 The launch of the Zero Emission Vehicle Challenge has been led by non-profit organisation The Climate Group – the brains behind last year’s EV100 initiative calling on multinationals to commit to EVs – and the C40 Cities climate leadership group and is being supported by the State of California, New York City, EDF Energy and Unilever, as well as the cities of Paris, Milan, Copenhagen, Pittsburgh, Mexico City, and the regions of Australian Capital Territory and Navarra.

The programme is intended to send a clear signal to the automotive industry of the increasing demand for zero emission vehicles and to urge carmakers to stop making combustion engine vehicles in the long term – in line with moves already underway in various cities and countries to ban such vehicles in the future – while committing to a zero emission vehicle percentage of sales by 2025.

Partners will also develop and advocate policies and solutions that will spark mass adoption of EVs.

The programme is also intended to link up existing EV programmes focused on separate sectors to help drive take-up. This includes encouraging more multinationals to join the EV100 scheme, whereby members commit to switch their major diesel/petrol vehicle fleets to EVs and/or installing electric battery charging infrastructure. LeasePlan was also a founding member of this and has said its ambition is to have all its employees driving electric cars by 2021 and added that it would help migrate its customers to EVs as part of its ambition to achieve net zero emissions from the corporate automotive sector by 2030.

The new scheme also highlights how states and regions can join a new Under2 Coalition ZEV initiative, run in close cooperation with the ZEV Alliance, which is focused on procurement, infrastructure and policy.

Helen Clarkson, CEO, The Climate Group, said: “We are calling on more global cities, states and businesses with the biggest fleets of cars and trucks to join this effort to put tens of millions of zero-emission vehicles on the roads and highways of every nation.”

Tex Gunning, CEO LeasePlan, added: “Although we’re seeing the appetite for EVs rise every day, the vehicles, infrastructure or policies to meet this demand aren’t there yet. We’re therefore delighted to join the global ZEV Challenge and work with the industry to make zero emission mobility a reality. Starting electric can be one of the easiest ways to tackle climate change, but only if everyone rises to the ZEV Challenge.”

Previous: Most new cars to be ULEVs by 2030, says Government
Next: GeniePoint network adds new rapid chargers in Hampshire