LEVC (formerly the London Taxi Company) is due to start trials of its range-extended electric van in the second half of 2019. 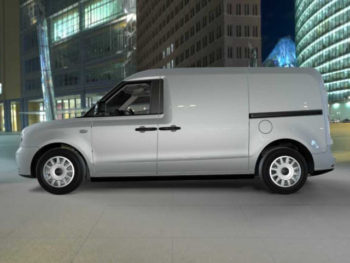 The Geely-owned firm unveiled the van earlier this year, which uses petrol range-extender technology also seen in the firm’s TX taxi that launched in 2017. The new van will not be targeted as a ‘last-mile delivery’ solution but according to the firm, “will provide the link between out-of-town distribution centres and city destinations” – a segment currently dominated by one-tonne medium-sized diesel vans.

LEVC added that it’s currently in discussion with a number of major public-sector fleets about joining the trials of prototype vehicles. This includes the Metropolitan Police Service and the London Fire Brigade – which have a target for all new vans being zero emission capable from 2025.

The firm has said it expects the vehicle – which will be built in LEVC’s new factory in Coventry – will deliver a competitive total cost of ownership for its size. It’s also billed as offering class-leading safety systems as standard, including latest active safety systems from some of the world’s leading technology providers, as well as an emphasis on driver comfort and ergonomics.