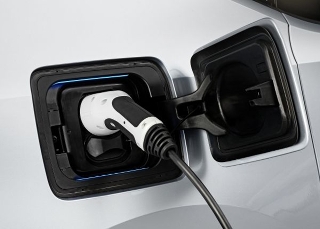 The Brigade opted for the twin-socket fast-charge units, offering charging at up to 22kW, and 75% of the funding was government supplied, with the remainder provided by Chargemaster, who will now manage the new network.

As well as the Brigade’s own vehicles, of which there will be ten on fleet by the end of the year,  18 points at nine locations are available for public use via Chargemaster’s POLAR network, accessible via a smartphone app.

London Fire Commissioner Ron Dobson, said: “Electric cars offer big environmental benefits and play an important part in keeping London clean. The new charging network not only makes it easy and convenient to charge up a car’s battery making electric cars easier to use, but also reaffirms London Fire Brigade’s commitment to lead on sustainability in the fire service and reducing our impact on the environment.”

Transport Minister, Andrew Jones, commented: “The Department for Transport’s funding for the 156 new charge points will make it easier for people to use these increasingly popular low emission vehicles. It is an example of Britain leading the way in developing sustainable transport options that are accessible to everyone.”

Chargemaster CEO, David Martell, added: “All charge points were installed on schedule and are now part of the UK’s most reliable charging network. We are committed to increasing the uptake of electric motoring in the UK and to make it as convenient as possible for motorists.”