National postal companies Swiss Post and Austrian Post have pledged to go fully electric on their delivery fleets by 2030. 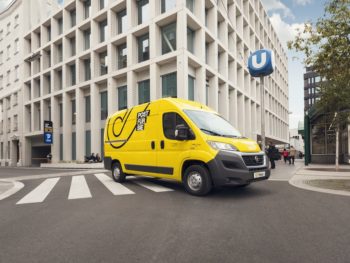 Austrian Post will switch more than 9,000 vehicles to electric as part of EV100

Joined by Portugal’s EDP and New Zealand’s Meridian Energy, the companies have become the latest to join the EV100 initiative, which aims to fast-track EV uptake, with members committing to switch their major diesel/petrol vehicle fleets to EVs and/or installing electric battery charging infrastructure.

The campaign, which is led by The Climate Group, will see the latest four sign-ups switch 22,000 fossil-fuel vehicles to electric by 2030, joining other fleets including LeasePlan, Ikea and Deutsche Post DHL Group that have already committed to migrate their fleets.

Austrian Post, which already operates the largest electric vehicle fleet in the country, will switch more than 9,000 vehicles to electric as part of EV100.

Georg Pölzl, CEO, Austrian Post, said: “Austrian Post has been relying on the deployment of electric vehicles within the context of its CO2 Neutral Delivery initiative since 2011, making it a trailblazer in green logistics. About 1,600 electric-powered bikes, mopeds, quads and cars are already in use in Austrian Post’s daily business.

“As the country’s leading logistics company, we want to leverage the public’s familiarity with us to show that e-mobility works well in our regular operations and is also profitable. Our joining the EV100 initiative and the objective of having 100% e-vehicles on the last mile by the year 2030 comprise a logistical step on our journey towards CO2-free and pollution-free logistics.”

Post CH Ltd (a subsidiary of Swiss Post) will switch more than 10,000 vehicles to electric under EV100. The business has already electrified its mail delivery fleet, which already runs 6,000 electric three-wheeled vehicles, and it now wants to switch 4,600 delivery vans (up to 3.5t) and 180 service vehicles to EVs by 2030, if market supply and operating and real estate conditions allow. All of Post CH electric vehicles are 100% powered by ‘naturemade star’– certified renewable energy from Switzerland. Furthermore, Post CH supports the uptake of electric vehicles by its staff by installing charging infrastructure at its largest sites.

Portuguese energy firm EDP has committed to switch a fleet of more than 3000 vehicles to electric. This transition has already begun and will now be accelerated to reduce CO2 emissions by 70%. The company has an overall target of reducing its CO emissions 75% by 2030, from a 2005 baseline, and sees electric transport as a key part, alongside with investment in renewable energy and energy efficiency for both its own operations and customer products.

And New Zealand renewable energy firm Meridian Energy will switch its fleet of 35 vehicles to EVs and install charging facilities at its offices. The company already operates a 50% electric fleet and sees a strong business case. On average, the company is saving around US$ 3400 (NZ$ 5000) a year on maintenance and fuel costs for each vehicle.

A recent report from The Climate Group on the impact of the EV100 initiative so far revealed that cutting air pollution, reducing greenhouse gas emissions and generating financial savings are among the top drivers for business switch to EVs.

Helen Clarkson, CEO, The Climate Group, said: “The EV transition is well underway. To stay competitive, all major companies should start transitioning their fleets now, and automakers must get on with increasing supply – or else risk losing out on this huge opportunity.”