Vehicle manufacturers are deliberately exaggerating the range of their latest electric models, leading to unnecessary range anxiety amongst drivers. 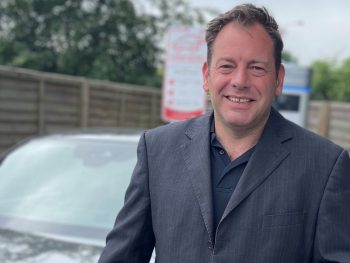 Andrew Leech, managing director of Fleet Evolution, which was an early adopter of EVs and has a 97% share of EVs on its forward order banks, said that range can be exaggerated by as much as 30%.

“As with the petrol and diesel models that went before them, vehicle manufacturers are willfully over-stating the ranges of their electric models, presumably to try and attract more buyers.

“But in our experience, when drivers find that the actual range is not in line with the published figures, it can have the opposite effect.

“Running out of battery charge is not quite the same as getting low on petrol or diesel as charging is less straightforward than simply popping into a filling station and topping up, and it can lead to some anxious moments for drivers.”

Leech suggested that, rather than give a single electric mileage range figure for each new model, manufacturers broke this down into two categories: for motorway driving and for urban driving as this gave a more realistic picture of the actual range that was achievable.

“By breaking down the electric range in this way, we would have a clearer picture of the range as the capacity for city miles is a lot higher for an EV than it is for motorway driving,” said Leech.

On the plus side, Leech said there were increasing numbers of new electric models coming onto the market with very practical ranges that worked well for many company drivers, especially as more people become aware that they do not require huge electric ranges in the first instance.

“Many drivers now realise that they rarely travel 200 electric miles in one journey. Typical commutes are less than 50 miles a day. So an EV with an effective range of, say, around 100 miles is suitable, with careful journey planning and daily charging, for 90% of the time.

“For the other 10%, going on holiday, for example, when more luggage and equipment may need to be carried, we are providing our drivers with larger, conventionally powered vehicles for short periods to supplement their regular EV usage,” he said.