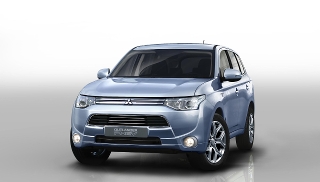 It means cars equipped with the rapid charging socket are now approved for use with several vehicle-to-home (V2H) units, including one made by Mitsubishi Electric, the EVPower Station from Nichicon and the Tsubaki Elink.

The Outlander PHEV’s battery has enough energy to power a house for a day, without requiring the engine to run as a generator. With a full tank of fuel, the car can provide enough electricity for ten days of domestic use.

Mitsubishi said the vehicle can also be used to power electrical appliances at evacuation sites or in emergencies, suitable for emergency service vehicles, and for outdoor leisure activities. V2H technology has already been fitted to the i-MiEV electric city car in Japan, following the earthquake in 2011.

At the moment, there are no plans to offer this technology on UK models.