Hyundai has revealed the electric version of the Kona compact SUV, confirming a range of almost 300 miles under the new WLTP cycle and rapid 100kW charging capability. 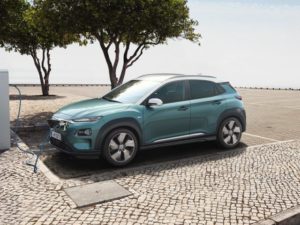 Winner of the Fleet World Honours ‘One to Watch’ category, the European Hyundai Kona Electric range matches the version sold in South Korea, and will be offered with long and short-range battery options. The electric vehicle (EV) is marked out by a closed grille and more aerodynamic styling than its petrol counterparts.

The short-range version features a 133bhp motor and a battery capacity of 39.2kWh – similar to the new Nissan Leaf. It’s claimed to offer a range of 186 miles (WLTP) to a full charge, based on internal targets. This can be fully charged in six hours and 10 minutes, according to Hyundai.

For the long-range version, battery capacity grows to 64kWh, and motor performance increases to a hot hatch-like 202bhp, enabling the Kona Electric to reach 62mph in 7.6 seconds. A full charge takes 9 hours and 40 minutes on a 7.2kW charger, and offers a 292-mile range.

According to Hyundai’s data, both are also compatible with 100kW charging units – twice the speed of today’s rapid chargers. This enables an 80% charge in around 54 minutes. Boot space (without the charging cable on board) is unchanged compared to the petrol version.

UK pricing will be revealed closer to the car’s UK launch this summer. 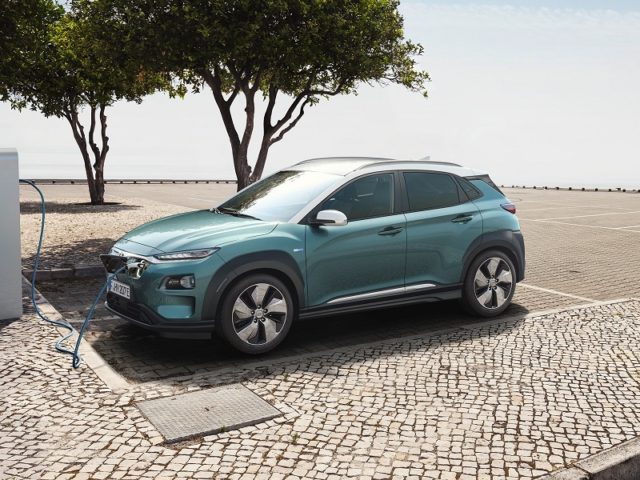 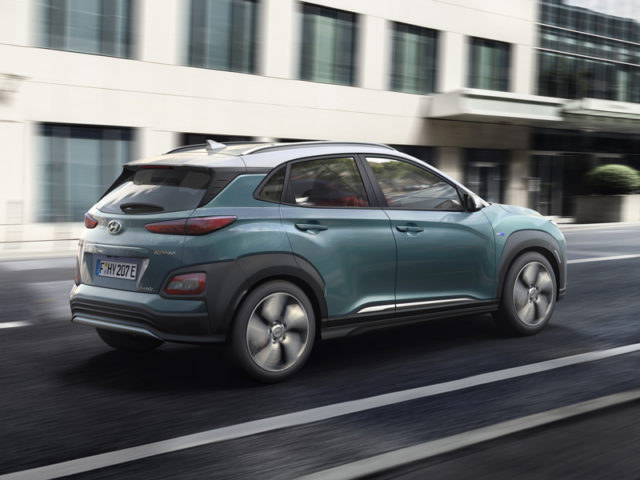 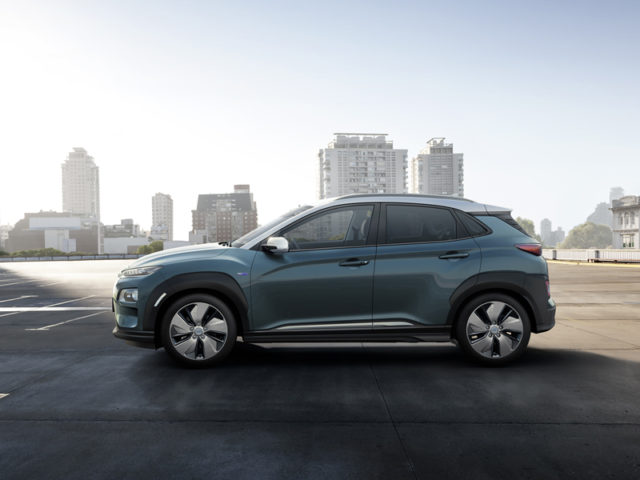 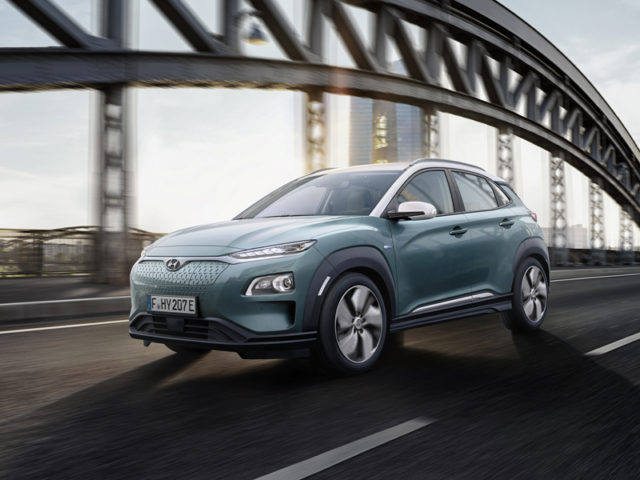 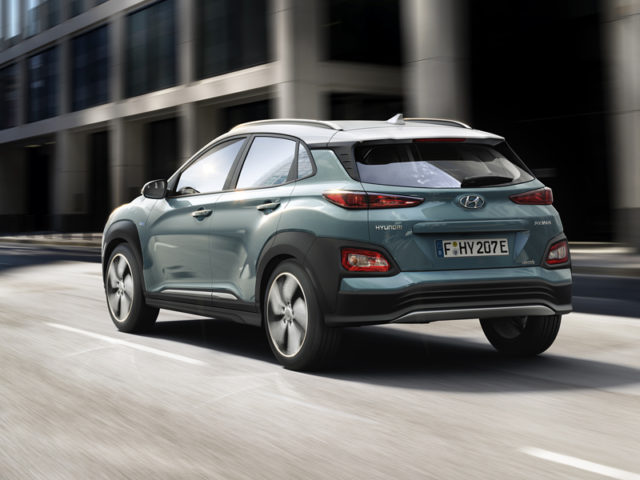 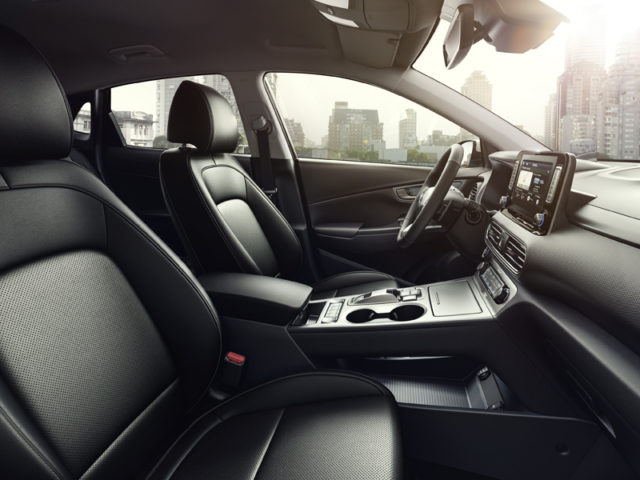 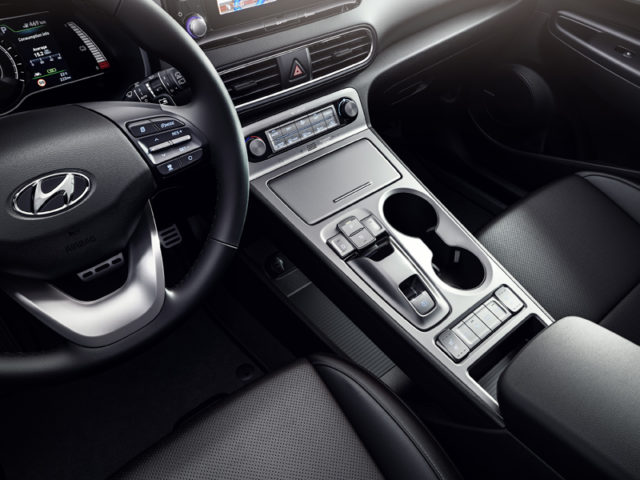 Previous: BMW to team up with Great Wall Motor on battery-electric MINIs
Next: Meridian branches into hybrid medium-term rentals