The Chinese government has given the go ahead for National Electric Vehicle Sweden (NEVS) to start production of electric vehicles. 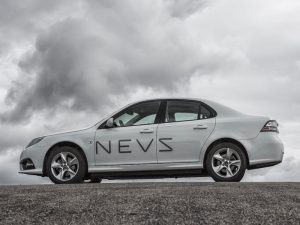 NAVS plans to manufacture 200,000 vehicles a year from the Tianjin plant.

The company, which owns the assets of Saab Automobile, is currently constructing a manufacturing plant in Tianjin, with plans for production to start from the end of this year and an annual capacity of 200,000 electric passenger vehicles.

Since 2012, NEVS has produced petrol and electric versions of the Saab 9-3 in small volumes ahead of full-scale manufacturing scheduled for 2017. Four additional electric vehicles are also under development, including two crossovers and an executive car, which will be launched first in China, which will also be their main market.

Following the start of production, the first priority will be to deliver 150,000 9-3 Sedan electric vehicles to Chinese vehicle leasing firm Panda New Energy following an order a year ago.

The electric vehicle production licence approved by the Chinese National Development Reform Commission (NDRC) is mandatory to manufacture electric vehicles in China. NEVS is the first joint venture company with investors from outside China that has been granted a New Energy Passenger Vehicle Project investment approval by the NDRC.