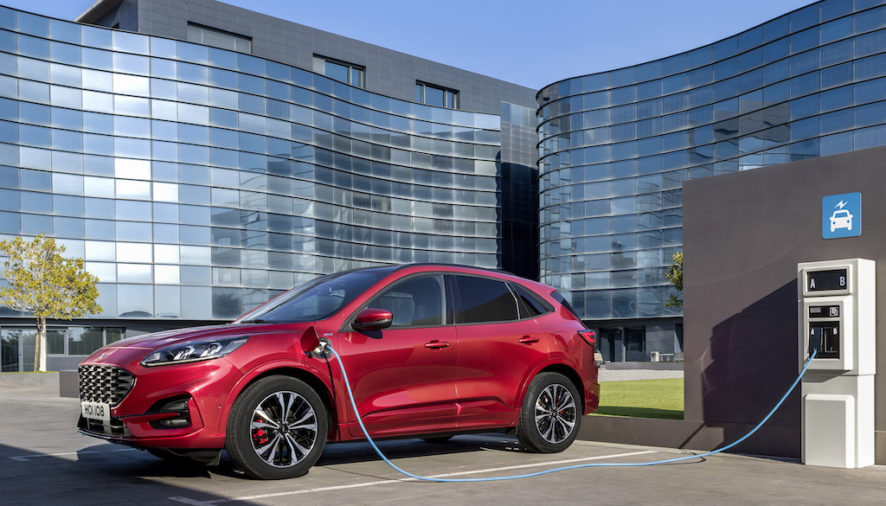 Ford’s all-new Kuga SUV will include three ‘electrified’ drivetrains, including a plug-in hybrid with CO2 emissions from 29g/km, alongside petrol and diesel versions. 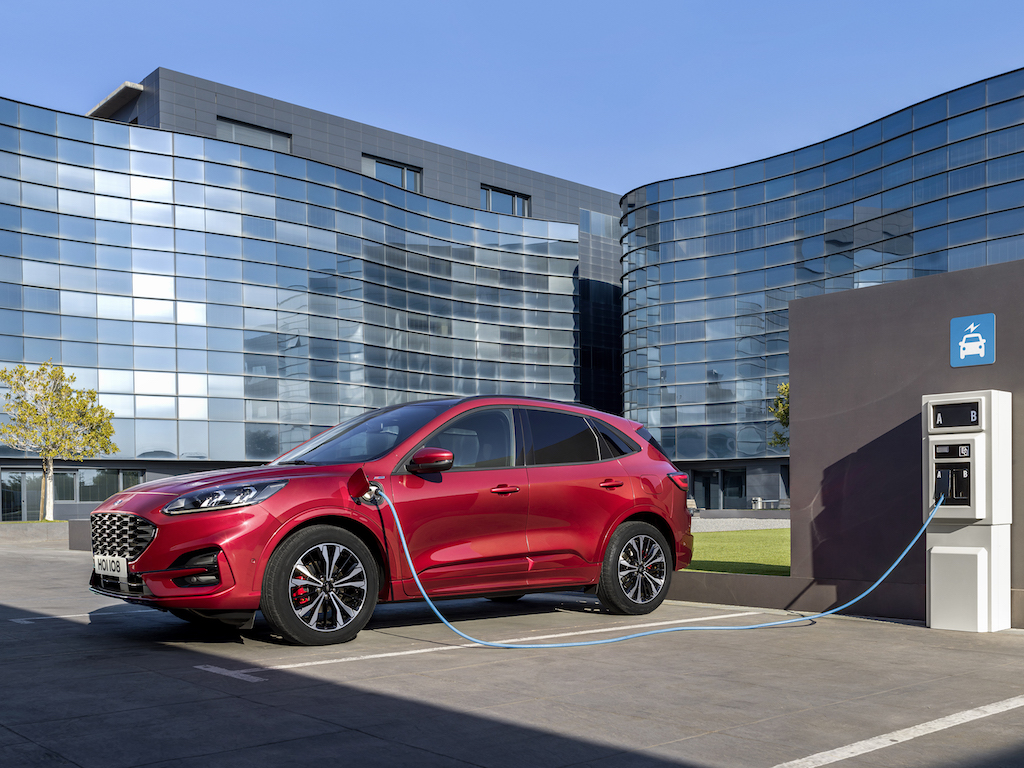 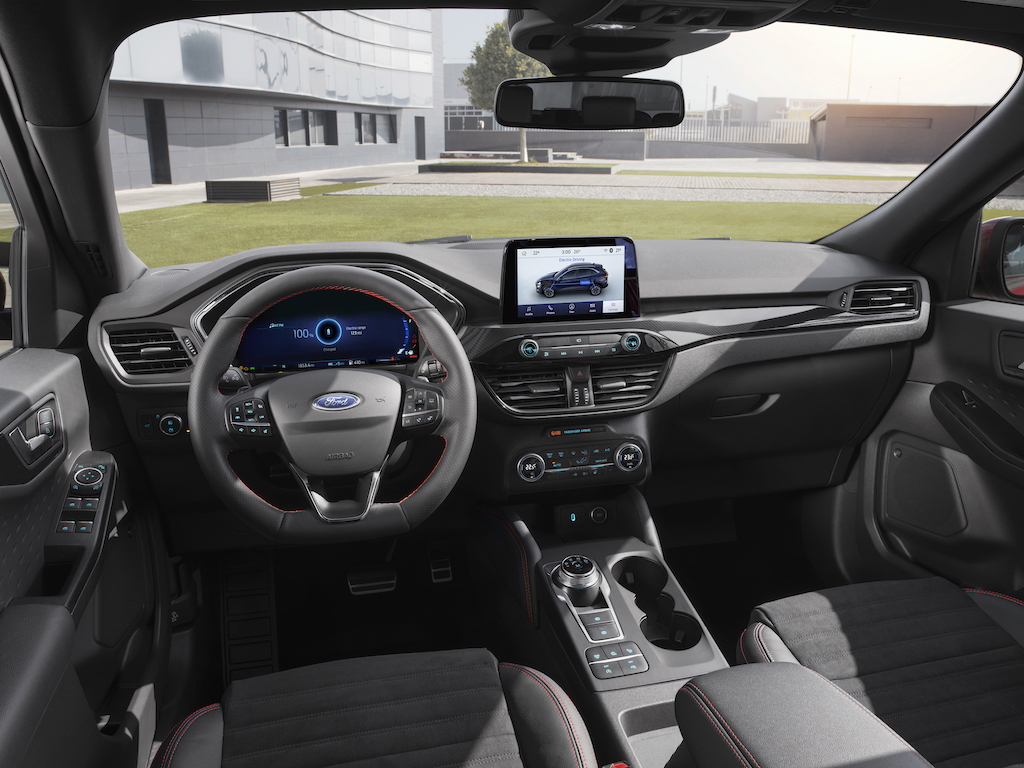 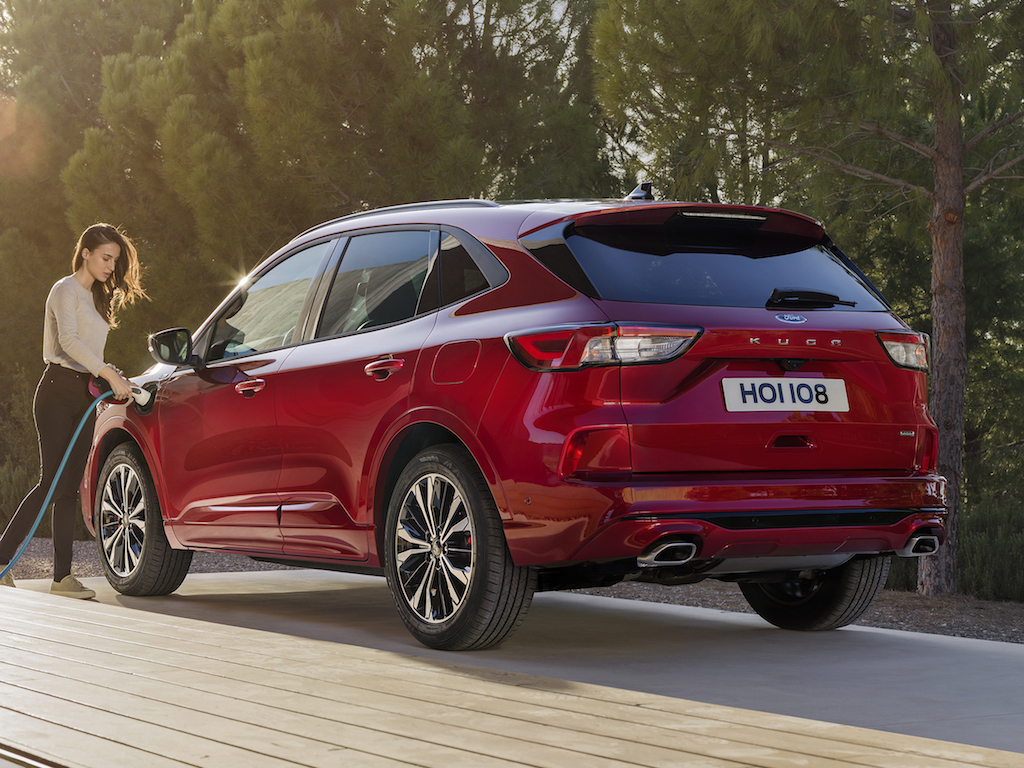 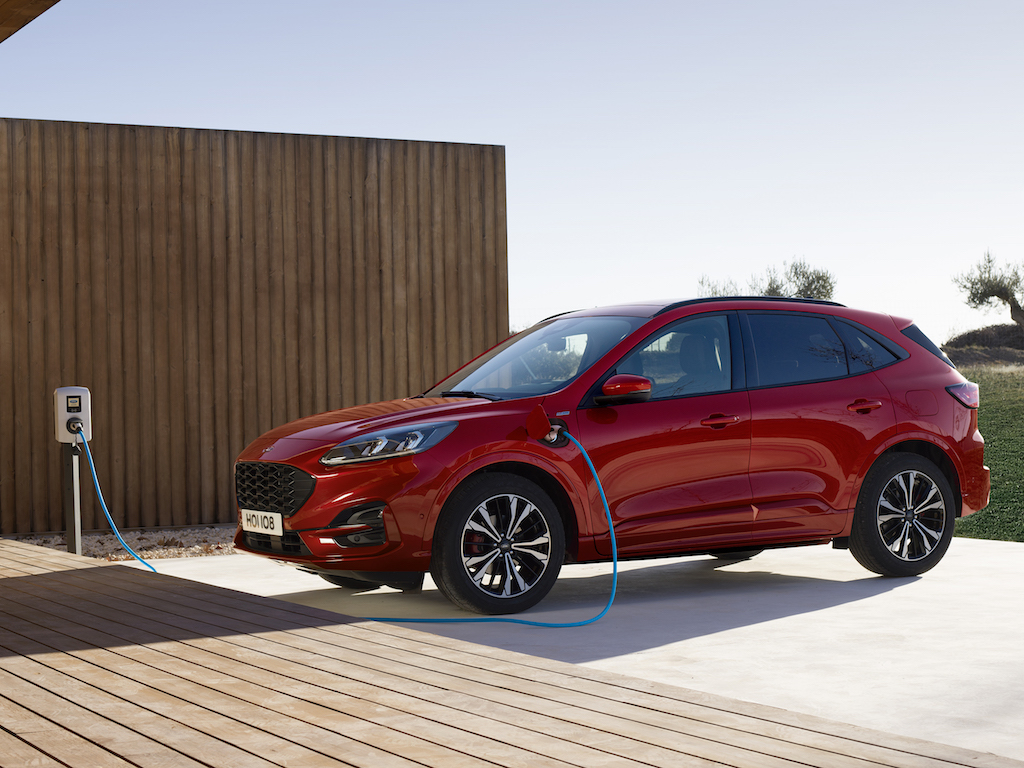 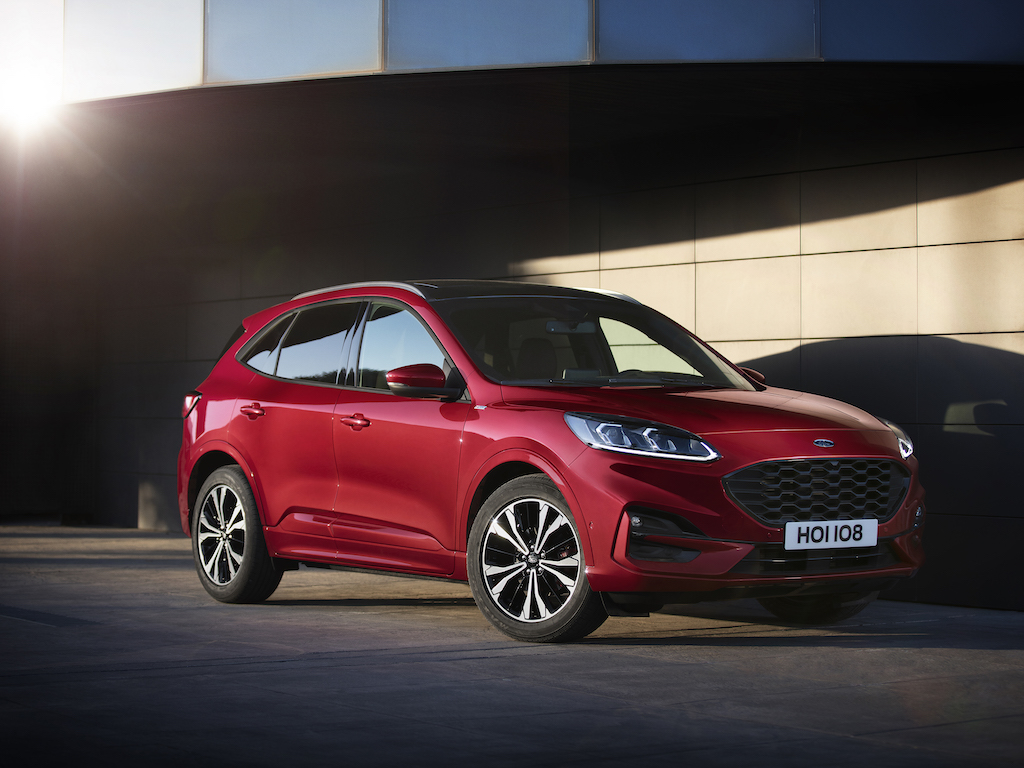 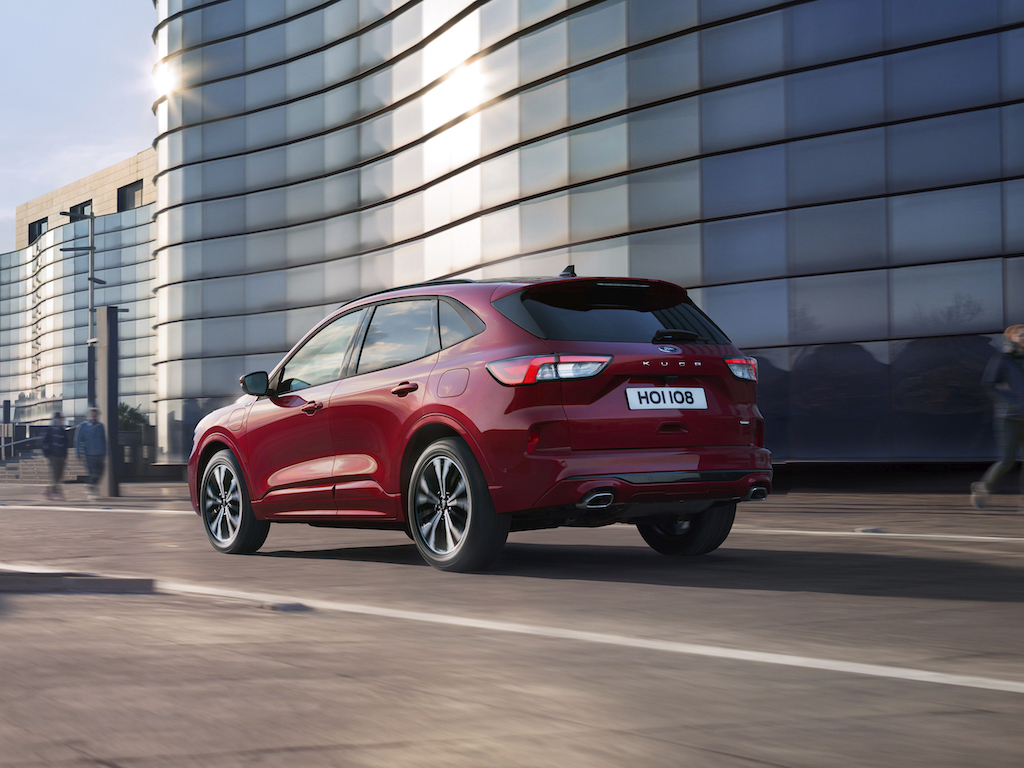 The newcomer replaces a car which has become a vital contributor to Ford’s European sales. Some 153,800 found homes across the region during a record 2018, making it Ford’s third best-seller behind the Fiesta and Focus – Europe-wide the company sold three Kugas for every Mondeo last year, and just over a quarter came to the UK.

Launching later this year, the third-generation Kuga is wider and longer than its predecessor, and based on the same lighter, stiffer platform as the latest Focus. In line with Ford’s plans to focus on the most profitable vehicles and configurations, it will launch with a choice of three trim levels; Titanium, ST-Line and Vignale. Few UK customers opted for low-spec versions.

There are two full hybrid models, both based on a 2.5-litre petrol engine. The plug-in hybrid will be available from launch, producing 225hp and featuring a 10.3kWh battery that charges in around four hours using the port on the wing. Its 34-mile electric range contributes to CO2 emissions from 29g/km (NEDC Correlated) – efficiency data has not been finalised yet.

A second hybrid version, which offers no plug-in range, will follow next year with CO2 emissions from 130g/km and either two or four-wheel drive – rivalling the Honda CR-V and Toyota RAV4 hybrids. Ford is also equipping its 2.0-litre EcoBlue diesel engine with a 48-volt ‘mild hybrid’ system, using a much smaller battery and motor-generator, and this will emit 132g/km CO2.

The Kuga will still be available with conventional petrol and diesel engines, too. There are two versions of the 1.5-litre, three-cylinder EcoBoost petrol, producing 120hp and 150hp. Both feature cylinder-on-demand technology, so can run on two cylinders at low loads to save fuel, and CO2 emissions start from 149g/km.

Diesels comprise a 120hp 1.5-litre, and 152 or 180hp 2.0-litre EcoBlue units, ranging from 127g/km, all of which can be equipped with an eight-speed transmission. The 180hp diesel is also fitted with four-wheel drive. Because the engine line-up is Euro 6d Temp compliant, the diesels are not certified as meeting RDE2 on-road emissions limits, so will attract the four percentage-point company car tax surcharge.

The new Kuga joins a rapidly evolving SUV line-up for Europe, as Ford fine-tunes its product range. Production of the Fiesta-sized EcoSport was localised as part of a heavy update last year, while two new SUVs will break cover in the next year – one of which will be a ‘Mustang-inspired’ all-electric model, due to be sold worldwide. A fifth of its sales in Europe – or 275,000 units – were SUVs last year.

Previous: Daimler and Geely to turn Smart into all-electric carmaker
Next: One in five Mondeos are hybrids, says Ford