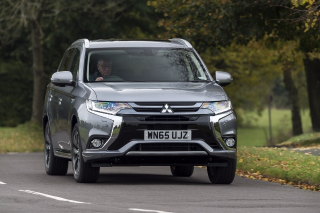 From the 1st of March 2016, the scheme will offer up to £4,500 or 35% off the purchase price for vehicles with a battery range of more than 70 miles and CO2 emissions of less than 50g/km – slightly lower than the £5,000 grant which has been available since 2011. This also includes hydrogen fuel cell vehicles.

Two further categories for plug-in hybrids were announced in April, and these will attract £2,500 in funding from March – half the amount available today. Category 2 still sets a 50g/km cap but with a range of between 10 and 69 miles, while the third covers vehicles emitting between 50 and 75g/km with an electric range of at least 20 miles.

Plug-in hybrids will also be subject to a price cap. Vehicles with a list price of over £60,000 falling into Category 2 or 3 will not be eligible for the grant, but the full £4,500 is available for electric cars with a range of over 70 miles, regardless of their price.

It’s hoped that the £400m scheme will make funding available to over 100,000 British motorists – twice the number who have been able to take advantage of the first version of the grant. As well as trebling the number of ultra-low emission vehicles on the road, it’s hoped that the categories will incentivising models which can cover a larger share of their annual mileage using only electricity. SMMT figures show two thirds of Plug-in Car Grant eligible registrations to the end of November were plug-in hybrids or range extenders.

Consumers will also be able to get £500 funding for home charging equipment – a £400 cut on the current scheme, which would cover up to 75% of domestic installations. OLEV said this will typically fund around half the cost of a charging point.

Transport Minister Andrew Jones said: “The UK is a world leader in the uptake of low emission vehicles and the plug-in car grant has been key to that success. Extending the grant in a sustainable way ensures more than 100,000 people will benefit from financial support when purchasing these cheap-to-run and green cars.

“We are determined to keep Britain at the forefront of the technology, increasing our support for plug-in vehicles to £600 million over the next 5 years to cut emissions, create jobs and support our cutting-edge industries.”