A new Parliamentary group has formed to generate cross-party support for electric and autonomous vehicles, including looking at the grid infrastructure. 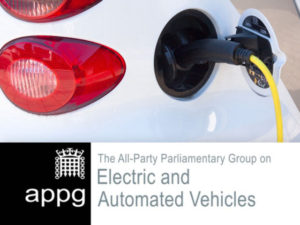 Chaired by the Rt Hon Dame Cheryl Gillan MP (Con), the group will look to raise awareness amongst MPs of the benefits of such vehicles and to look at issues regarding charging infrastructure roll out as well as opportunities for new high-value manufacturing, international trade, emissions reduction, and road safety improvement post-Brexit.

“We can’t let this major industrial shift pass us by while everybody is focused on EU negotiations. We will aim to keep MPs and Lords informed and help drive the agenda forwards.”

The next event of the APPG, on grid infrastructure, will take place in the House of Commons on 1 March. Interested parties can email the Renewable Energy Association to request a place.