Peugeot is introducing a fully electric version of its Rifter MPV from this autumn. 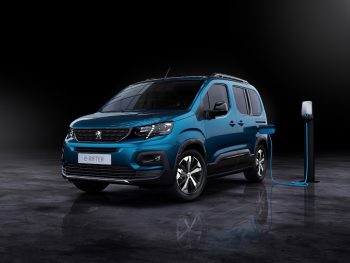 Launching in five- and seven-seat configurations, the e-Rifter arrives on the back of the launch of the electric e-Partner van that it’s based on and, like the van, features a 136hp motor with a 50kWh battery, giving it an identical 171-mile official range.

The motor is capable of up to 260Nm of torque and provides the e-Rifter with a top speed of 83mph and 0-62mph acceleration in 11.2 seconds.

It will be available in standard (4.40m long) and long variants (4.75m long), each available with the five- or seven-seat configurations and featuring Peugeot’s ‘Magic Flat’ feature for the second row of seats, meaning each seat can be slid up or down the cabin, folded, or fully removed from the vehicle.

Boot space ranges from 775 litres for the five-seat standard length variant, up to 4,000 litres with the seats folded on long variants.

Prices are yet to be announced.

Previous: Gigafactory at Coventry Airport could be operational by 2025
Next: Details of new EV training course released by Association of Fleet Professionals