Plug-in hybrids a quarter of Audi volume in some markets 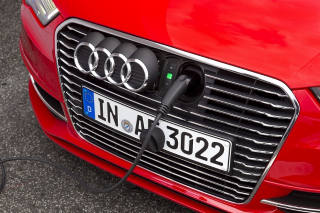 Between January and the end of October, Audi sold 9,200 A3 e-trons across Western Europe, with the Netherlands, Germany, Norway, the UK and France as its top five markets. There are around 1,200 registered in the UK.

A third of European A3 e-trons were registered in the Netherlands, traditionally a high-penetration market for plug-in hybrids due to purchase tax advantages for vehicles under 82g/km CO2. With just under 3,000 A3 e-trons on Dutch roads, it accounts for almost a quarter of the 13,000 Audis registered this year.

Norwegian financial incentives have tended to favour fully electric cars rather than plug-in hybrids, as the drivetrain’s weight disadvantage affects its tax liability. But more than 1,500 of the 5,600 Audis registered in Norway to the end of October were the A3 e-tron, Audi said.