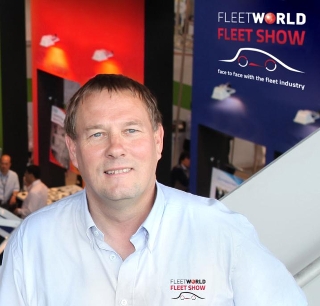 Newcomers to this year’s Show on Tuesday, May 12, include fleet market-leader, Ford Motor Company, and the Fiat Group, with its four main brands: Alfa Romeo, Chrysler, Jeep and Fiat itself.

‘With some 24 individual vehicle manufacturers’ brands represented at this year’s Silverstone Fleet Show, it promises to provide fleet decision-makers with a number of compelling reasons to take a day out of their busy schedules and attend the event,’ said Jerry Ramsdale, publishing director of organizers, Fleet World.

‘By attending this year’s sell-out Show, visitors will have chance to see the very latest new models on the fleet market, several of which will be available for test driving for the first time in the UK,’ he added.

Show visitors will again be able to experience test driving on three circuits of the world-famous Silverstone Grand Prix venue, plus off-road driving on the 4×4 course. There will be a special emphasis on alternative powertrains, including electric and hybrid powered vehicles, which looks set to be a major attraction for fleet decision-makers.

Organisers are expecting test drives to increase by 20% over last year’s Show, which itself featured a record number of drives, while details of all the new models available for driving will be released nearer the time.

‘However, the Fleet World Fleet Show at Silverstone isn’t just about test driving the very latest models – although of course, many decision-makers come for just that reason,’ said Jerry Ramsdale.

‘As with last year, we have sought to strike a balance between interactive fleet education, test driving and a contemporary fleet exhibition which features some of the latest developments, products and services in the fleet arena.

‘To that end, we are repeating the highly successful fleet training format from last year’s Show in a series of workshop-style sessions run by practising fleet managers for anyone wanting to find out more about fleet management.

‘These informal training sessions are being held in the seminar theatre in the Silverstone Wing and will tackle four key fleet topics: the fundamentals of fleet management, risk management, environmental management and procurement, and will again encourage audience participation and feedback,’ he said.

Each workshop will last approximately 30 minutes and, as before, audience participation at all sessions will be actively encouraged.

In addition, halls 1-3 of the Silverstone Wing will again play host to a wide-ranging fleet exhibition boasting a diverse array of exhibitors. These include leasing companies, driver training providers, fuel card and fleet software suppliers, vehicle rental companies, recharging solutions and salary sacrifice providers, all of whom will be demonstrating the latest developments, products and services in the fleet market.

This will also provide Show visitors with the chance to hold face-to-face meetings and network with exhibitors and other visitors alike.

Jerry Ramsdale said: ‘Our intention is to provide an educational event that compliments the exhibition, networking and driving side of the Show. We believe this balance of activities provides something for everyone and justifies spending a whole day out of the office.’

This year’s Silverstone Show was a sell-out before Christmas, prompting organisers to make additional space available in hall three to cope with the extra demand, on a first come, first served basis.

‘There is still a small amount of space available, so anyone who would like to exhibit at Silverstone in May needs to get in touch as soon as possible to guarantee a space. We have had overwhelming demand this year, following the success of last year’s event which attracted more than 670 senior fleet decision-makers,’ added Jerry Ramsdale.