Volkswagen has received more than 10,000 reservations for its new ID.3 fully electric hatchback less than 24 hours after pre-booking opened. 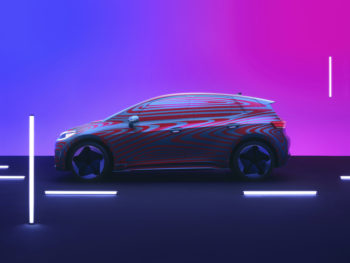 VW says it’s received more than 10,000 reservations for the ID.3 less than 24 hours after pre-booking opened

Part of the new ID family of electric cars, all built on the same bespoke Modular Electric Drive Toolkit (MEB) platform, the ID.3 model is now available for pre-booking in 29 European markets where potential customers can register for an early production slot by paying a registration deposit of £750/€1k.

A day after pre-booking opened, VW has said that its expectations on the initial interest have been significantly exceeded; in some cases, IT systems cannot handle the flood of customers, leading to long waiting times, although the carmaker said it was working to eliminate the hitches.

Volkswagen is also offering pre-bookers the possibility of charging electric power at no cost for the first year up to a maximum of 2,000 kWh at all public charging points connected to the Volkswagen charging app WeCharge and using the Ionity pan-European rapid charging network, co-founded by the Volkswagen Group along with BMW Group, Ford and Daimler.