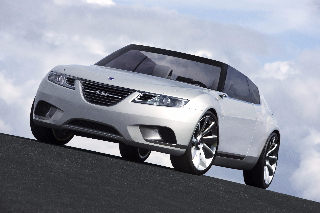 Its forthcoming range will include two crossovers, one of which looks set to compete with the Audi Q5, BMW X3 and Mercedes-Benz GLC, the other apparently geared towards the rapidly-expanding B-SUV segment which includes the Nissan Juke.

There will also be a midsize fastback, which would appear to be a replacement for the 9-5, and a midsize crossover based on it – the latter would be a product similar to the short-lived 9-3X, and Volvo’s Cross Country models. These will join the electric 9-3, which has been under stop-start production since 2013.

Production will take place at the Saab factory in Trollhättan, Sweden, and another site in Tianjin, China – its two launch markets. Sales will then begin across Europe before rolling out to the rest of the world, Bergman said. A suite of connected services, including car sharing, multi-modal route planning and smartphone access will follow.