The Government is coming under growing pressure to introduce a scrappage scheme, as new research reveals how it could tip the balance in driver decisions on switching to electric vehicles. 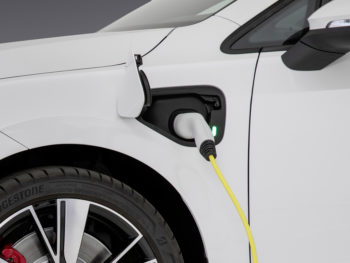 56% of UK drivers who don’t intend to buy an electric vehicle cite cost as a factor; the same number as those citing limited charging

Although the car industry has been calling for months for such a scheme, last week’s Summer Statement by the chancellor omitted any automotive sector-specific measures such as scrappage incentives.

That’s despite the publication earlier in the week of new car registration figures showing the June market plummeted 35% year-on-year.

Reports in June, including by the Telegraph, had suggested the PM was mulling a scheme, giving up to £6k for the scrappage of petrol and diesel vehicles – on top of the existing £3,000 Plug-in Car Grant – to encourage the purchase of an electric vehicle, supporting plans to eliminate sales of non-zero-emission cars and vans by 2035 or sooner.

However, earlier this month, hopes were quashed after The Times said it had seen a letter from Rachel Maclean, junior minister for transport and the environment, stating “the Government has no plans at this stage to introduce a scheme”.

Maclean is reported to have pointed to the Government’s £2.5bn investment in ultra-low emissions vehicle grants, and its work to expand the charging infrastructure, among the ways it’s encouraging a transition to EVs.

But a new Aviva study indicates that while extra charging points could incentivise drivers to make the switch, the cost of going electric is also a key discouragement.

And research by Arval last week showed fleet intentions to adopt electrified vehicles have risen rapidly in the last 12 months, in particular for plug-in hybrids – driven largely by the new company car tax ratings for 2020/21 that see Benefit-in-Kind fall to 0%, rising to 1% in 2021/22.

But the Aviva study does also show how government support – including financial incentives as well as support for charging expansion – can help encourage take-up; a point made yesterday in a new report on ‘Leading the charge! Fleet charging – a catalyst for the EV revolution’. Published by Cornwall Insight and PwC, the report outlines how government policy, as well as fleet planning and work by charging operators, has a critical role to play in enabling the EV fleet transition.

Fiona Howarth, CEO of Octopus EV – which provides EV leasing and charging – has also called into question a lack of government support for scrappage schemes.

“Car manufacturers are deciding today which markets to prioritise over the next few months and years. Without a clear commitment from government to zero emission mobility, manufacturers will prioritise more lucrative markets, leaving the UK behind, with ongoing sales of dirty vehicles, and making it ever harder to meet its 2050 net zero emissions target,” she stated.

“We’ve seen how successful other government incentives – such as the £3,000 plug-in grant and 0% Benefit-in-Kind tax – have been at driving EV uptake. A further £6,000 scrappage scheme would be transformational, massively incentivising drivers to trade in old polluting models and make the switch to electric. This single move would drive the growth of the EV industry and give global car companies the market demand to ensure that UK customers have a good supply of clean cars.”