Renault has today confirmed the team’s departure from Formula E, in order to concentrate on Formula 1. 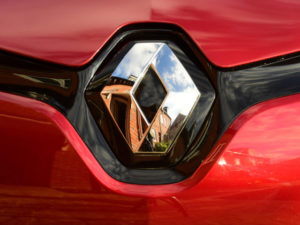 Renault will end its participation in the all-electric Formula E at the end of season 4, in July 2018. The team has previously won the Formula E Teams’ title every year since the formula began.

Despite the exit from the electric formula, the company says that with the Renault-Nissan-Mitsubishi Alliance, the goal is to accelerate collaboration between the three brands by creating common platforms, powertrains, and new electric, autonomous and connected vehicle-related technologies.

Thierry Koskas, Groupe Renault EVP Sales and Marketing said: “As a pioneer in EV, we have learned a tremendous amount about high-performance electric vehicles and energy management that directly benefits our EV customers. After Season 4 we will focus resources on our aggressive goals for Formula 1.”

With Renault’s exit from Formula E, Nissan is set to become the first Japanese automotive brand to compete in the FIA Formula E Championship – joining the electric street racing series in Season Five.

Previous: New battery could offer 200-mile range after six-minute charge
Next: Honda enhances its future of EVs and plug-in hybrids