Silver linings for the EV market

By Alex Grant / 7 years ago / Features / No Comments 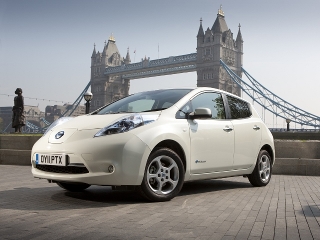 According to BBC News, there are only around 3,000 electric vehicles (one assumes this includes plug-in hybrids) registered in London, compared to a 2020 target of 100,000 set out by the Mayor in 2009. Back then, there were 1,700 electric vehicles in the Capital.

As damning as that might sound, it’s not a set of figures to be surprised by. Exemption from the London Congestion Charge would’ve helped drive early adoption of electric and hybrid technology but, until the CO2 threshold was brought down last year, plenty of diesel and petrol cars were exempt too. These are not affected by the lack of off-street parking needed for an overnight charge, which is problematic for EV drivers in London.  It’s also worth remembering that London isn’t a driver-friendly city. The most environmentally friendly car in the world won’t protect drivers from its rush hour gridlock, so the most logical reason to own a car is for trips outside the M25. I’ll come back to that point later.

By comparison, Oslo-based EV drivers are offered access to the bus lanes, which allows them to bypass the traffic going into the city, and free parking and charging awaits them when they arrive. Ownership in Norway is so high that electric vehicles are actually slowing the flow of traffic in the bus lanes.

OLEV figures also paint a different picture. There were over 9,000 plug-in car and van grants claimed as of the end of March (Plug-in Car Grant and Plug-in Van Grant), of which around a quarter were made in the first three months of the year. It’s still small numbers, but it shows that the market is growing as new models arrive, and that at least two thirds of the UK’s EV parc is outside London. Good news, surely?

But charging is interesting, because I think the latest crop of EVs have outgrown the old infrastructure. Gone are the days of a 40-mile electric vehicle range; most can now drive from one side of the city to the other and back on a single charge. It means most trips into town don’t require a top-up and, unless you’re stopping for a long time, "slow" chargers don’t add much range anyway.

For drivers going further, there are four Electric Highway rapid charging sites on the M25, three on the North Circular and one on each of the the M4, M1 and M23 motorways within the M25. At 80% of range recovered in less than half an hour, it's probably quicker to make a detour than it is to wait for a slower charge.

So I think the figures are less negative than they first appear. They reflect that the technology is still small, but that uptake is growing outside London as well as inside, and that most drivers can do their daily commute without a top-up.

Join the discussion at the UK Fleet Forum