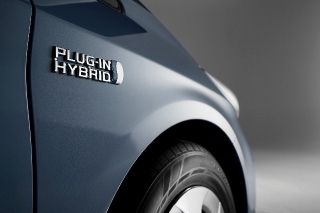 At the end of October, the Mayor and Transport for London (TfL) launched a public consultation on proposals to introduce the world's first Ultra Low Emission Zone (ULEZ) in the capital on 7 September 2020, to significantly improve air quality and in turn the health of Londoners.

The ULEZ proposals would require cars and small vans travelling in London to meet the Euro 6 emissions standard for diesel engines but Euro 4 for petrol engines. Meanwhile large vans and minibuses would need to meet the Euro 6 standard for diesel engines and Euro 4 for petrol engines. Non-compliant vehicles would be required to pay a daily charge of £12.50

In response, the SMMT has called for a rethink of the current proposals set out by Transport for London (TfL) to enforce the latest emission standards for both petrol and diesel vehicles.

Mike Hawes, SMMT chief executive, said: ‘Today’s diesel vehicles are light-years away from those built just a decade ago. Intelligent engine design and highly efficient exhaust after treatments, including particulate filters, capture over 99% of particulates and around two-thirds of NOx emissions. ULEZ proposals should support the introduction of these technologies now, technologies which are being introduced ahead of the ever-tougher legislative requirements which will be implemented over the next few years.’

Looking to the future, Mike Hawes added: ‘We need an integrated approach on air quality at local, regional, national and European level. Fleet renewal, or the uptake of new vehicles on the road, is critical in reducing emissions. Proposals such as London’s ULEZ can help deliver this goal. Air quality is often a local issue so we need a flexibility that allows for focused initiatives like the ULEZ but which sit within an overall framework of harmonised standards across Europe. The automotive sector must have certainty in policy direction so technology investments can be targeted on addressing key issues such as air quality and climate change.’