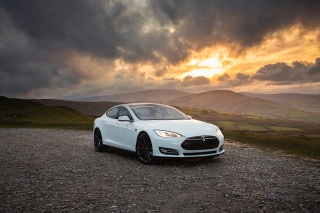 Announced on Twitter, co-founder and CEO Elon Musk said the update – which will be delivered via an over-the-air download to cars with the Autopilot package – is “almost ready” but didn’t give a release date.

The Model S gained forward-looking cameras and 360-degree ultrasonic sensors as part of the 2015 model year, initially only offering automatic cruise control but also creating a platform for autonomous functions to be added over time.

Active lanekeeping and parking would enable the Model S to offer functionality in line with the rest of the luxury saloon segment. Final calibration is underway.

Musk tweeted: “Final corner case is dealing with low contrast lane markings (faded white on grey concrete) while driving into the sun at dusk. The car will learn over time, but there is a min caliber of starting quality.”