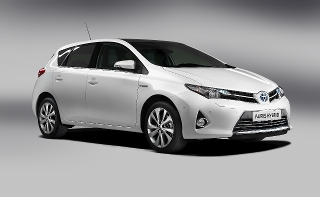 Since launching Prius in 1997 (from 2000 in the UK), Toyota has been gradually adding models to its range, from the Yaris Hybrid supermini to the recently announced RAV4 Hybrid. Since 2010 the line-up has included the British-built Auris Hybrid, Europe’s best-selling hybrid model.

As of this month, Toyota sells 30 different hybrid passenger cars (including Lexus models) in more than 90 markets around the world. In the UK the line-up comprises the Toyota Prius, the seven-seat Prius+, Prius Plug-in, Yaris Hybrid and Auris and Auris  Touring Sports Hybrid, together with the Lexus CT 200h, IS 300h, NX 300h, GS 300h and 450h, RX 450h and LS 600hL.