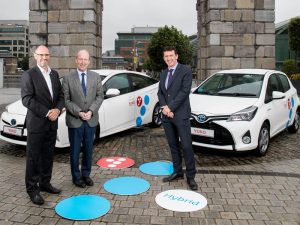 Deployed in Dublin, Ireland and Forlì, Italy, the scheme is dubbed is dubbed Yuko – Japanese for ‘Let’s go’ – and will only offer full hybrid models, ranging from the Yaris Hybrid to the Prius and eventually including the new C-HR Hybrid crossover.

The pilot cities were chosen based on a set of criteria such as state of the local car sharing economy, demographics, infrastructure and congestion levels.
“We’re starting small to verify our business model, but we have the ambition to expand with more vehicles and cities in Europe in the coming years,” said Mark Adams, vice president consumer one & new mobility.

The Dublin scheme went live in June with 15 vehicles across three city centre locations, with the intention of expanding rapidly to cover a city wide footprint.