Toyota targets fun and frugality to next hybrids

Toyota is targeting lighter, more efficient and more engaging drives from its next-generation hybrid system, which it says will feature in 60% of vehicles it sells in Europe, Japan, the US and China by the end of 2021. 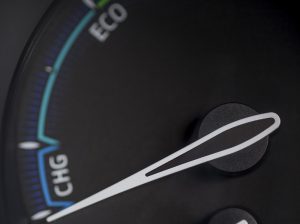 Toyota says the new hybrid system will enable it to improve the economy and driver enjoyment of its next-generation vehicles.

Based on technology from the new Prius, the new system is lighter, more compact and more energy-efficient, and efficient designed to enable the engine to be switched off more often while cruising at higher speeds and benefitting motorway fuel economy – vital for rivalling diesel vehicles.

It expects to have ten versions of six different hybrid drivetrains on sale by the end of 2021, targeting at least a 15% reduction in CO2 emissions. This will include one using a 2.5-litre petrol engine, suitable for large vehicles, which is optimised to waste as little energy as possible as heat.

A new plug-in hybrid setup is also under development, offering a 37-mile electric range and with the ability to use both of its electric motors – one of which is usually only used as a generator – to provide drive power for better responsiveness.

Toyota said it will have this technology available from next year.