The UK and eight other EU Member States are waiting to see if they will face further legal action over persistent breaches of air pollution laws. 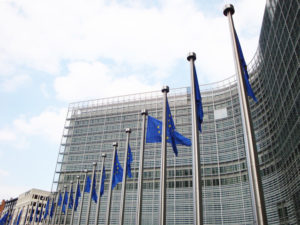 The nine countries were called to an Air Quality Ministerial meeting in Brussels today, giving the UK along with the Czech Republic, Germany, Spain, France, Italy, Hungary, Romania and Slovakia the chance to prove that they are taking action to comply with European air quality laws following final warnings of future legal action sent last year.

However, speaking after the meeting, EU Commissioner Karmenu Vella said that he did not hear any suggestions from the assembled environment ministers that were “substantial enough to change the big picture”.

The next step is referral to the Court of Justice of the EU.

Ugo Taddei, lawyer at environmental law firm ClientEarth, which is taking legal action in the UK on air quality breaches, said: “This meeting shines another spotlight on the UK Government’s failure to tackle illegal air pollution. Commissioner Vella was clearly unimpressed by the measures put forward by the national governments.”

The European Environmental Bureau (EEB) also called for action. Margherita Tolotto, EEB policy officer said: “Europeans want clean air, not hot air. While this summit is a welcome opportunity to put air pollution at the top of the political agenda, another talking shop won’t solve Europe’s air pollution crisis. We expect the Commission to continue to send governments to court for their failure on air pollution. There has to be a limit to the number of ‘final warnings’ these ministers receive.”

Adding, “Today’s meeting and Commissioner Vella’s statements make clear that the Commission is taking its responsibility to protect citizens from harmful air pollution seriously. With no substantial measures announced by ministers today, it is impossible to justify any further delay in sending cases against these governments to court and we expect to see the Commission doing so in the coming days. Legal action is the appropriate and most effect means to deal with countries breaking EU law.”