New research released today by Arval shows that the UK is leading Europe on its adoption of low-emission company cars. 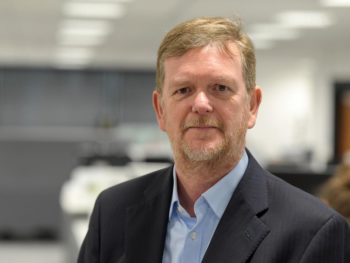 Shaun Sadlier, head of the Arval Mobility Observatory in the UK

The research shows that UK company car buyers come out on top when it comes to hybrid and plug-in hybrid vehicles, and is in the top three for battery electric vehicles too, amongst Europe.

Businesses were questioned whether they had already adopted low-emission company cars or planned to do so within the next three years. The UK was number one for plug-in hybrids (63%) and hybrids (64%), and number three for EVs (53%) behind only Norway (60%) and the Netherlands (56%). The research was conducted by fleet services company Arval and drew insight from 5,600 businesses across 20 countries.

Shaun Sadlier, head of the Arval Mobility Observatory in the UK, said: “In many respects, the UK has the most developed company car culture in Europe and when effectively supported by government intervention, we are often the first to embrace new technologies, which is proving to be the case with electrified vehicles.

“There are many factors behind their current and future growth, but an increasing choice of models, a favourable tax regime designed to encourage adoption of low-emission vehicles, and rapidly growing infrastructure such as public charging points, are all playing a part.

“This is good news for the UK in general of course. It means that our car parc as a whole is likely to move over to low-emission solutions at a faster rate than most other countries, which should help with air quality in major cities and elsewhere as we come out of lockdown.

“Also, because company cars tend to form the single largest source of supply for the used car market, it indicates that a large number of motorists will now have access to low-emission vehicles in the medium-term when these vehicles are renewed by businesses.”

The research also indicated that UK businesses are putting the environment as chief reason for choosing electrified vehicles more so than their European counterparts, with 58% of British respondents indicating that they had either already implemented or were considering alternative fuel technologies to limit carbon emissions and air pollution – compared to 44% of European respondents.

Shaun continued: “Reducing air pollution is a major consideration for British businesses when they are making vehicle choices, whether they are selecting cars or LCVs, and of course there is also the ability to save money on fuel as 55% of businesses had also taken into account when choosing electrified cars. The opportunity to improve company image also rated high on the reasons to go for alternative.”

Government intervention to develop more environmentally friendly vehicles has also filtered through to the reasons to choose them. 45% of businesses indicated that they were considering or had made the choice to enable their cars to operate in zones where more polluting vehicles are banned and 42% did so for tax incentives.

Previous: Jaguar to provide Oslo with world-first wireless-charging taxi fleet
Next: Comment: Why fleets have a critical part to play in the UK’s green recovery