The UK’s electric vehicle charging network is at its highest-ever level but geographical distribution remains patchy. 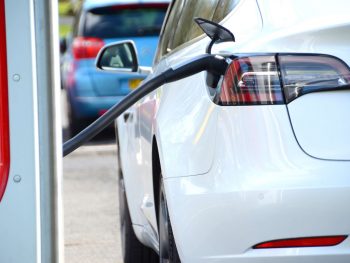 There were 20,775 public electric vehicle charging devices available in the UK in Q4 2020

And device availability is also improving; in Q4 2020, 1,288 more devices were available in total, up 7% on the previous quarter. Of this, 350 were rapid devices.

But the Department for Transport analysis finds there is uneven geographical distribution of charging devices within the UK, with councils’ and individual districts’ total devices and devices for 100,000 population figures varying wildly.

The DfT adds that while some UK local authorities have bid for UK Government funding for charging devices, others have not, and charging devices have largely been funded by private sector investment, with individual charging networks and other businesses, such as hotels, choosing where to install them.

However, research published last week by the National Audit Office (NAO) said local authorities had told the NAO that the ORCS scheme had been designed without sufficient consultation and as a result it was difficult to bid for funding. With the NAO analysis indicating there is a “long way to go” to meet UK EV targets, the NAO has called on the Government to work with relevant departments to look at which initiatives have gone well and better target its interventions on the switch to zero-emission vehicles.

Separately, the Electric Vehicle Association England has asked drivers for their views on the current state of public charging to help shape future developments. EVA England will use the feedback from a new survey to shape its response to the current consultation from the Office for Zero Emission Vehicles (OZEV), exploring ways to improve the experience for electric vehicle drivers at public charge points.