France was the only EU market not to post a significant decline in new car registrations last month after its government introduced an enhanced incentive scheme for low-emission vehicles. 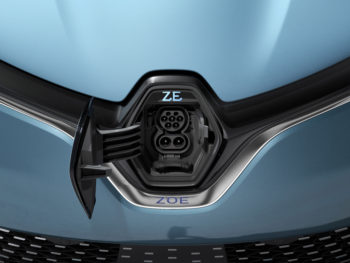 Launched at the end of May as part of an €8bn rescue plan for the country’s auto sector, the incentives slash the price of a battery-electric vehicle, increasing current subsidies to €7,000 for individuals, €5,000 for companys buying electric cars and €2,000 for buyers of hybrids.

President Macron also announced that from 1 June there would be a bonus incentive of  €3,000 euros to switch from a petrol car to a cleaner one and up to €5,000 to upgrade to an electric vehicle; the target is to have annual production of one million electric cars in France annually by 2025.

The effects of the incentives on buyer decisions have been reflected in new car registration data for June published by the European Automobile Manufacturers’ Association (ACEA).

Since France introduced its measures, Germany has also brought in a multi-billion-euro recovery plan to incentivise a switch to cleaner driving, with incentives for electric cars doubled. The new state support means that one dealership chain has been able to offer a lease on the fully electric Renault Zoe entirely covered by subsidies.

In the UK, however, a report in The Times at the start of July put paid to hopes of any incentives in the form of a scrappage scheme. Although research published since then reinforces how financial incentives would help spur drivers into going greener, the paper  said a letter from Rachel Maclean, junior minister for transport and the environment, had stated “the Government has no plans at this stage to introduce a scheme” – despite calls for such a scheme.

Maclean is reported to have pointed to the Government’s £2.5bn investment in ultra-low emissions vehicle grants, and its work to expand the charging infrastructure, among the ways it’s encouraging a transition to EVs.

Previous: Polestar appoints Easee as recommended charge point provider
Next: TMC and Shell tie up on integrated fuel and charging management for fleets