Electric vehicle drivers can pay around four times as much for the same amount of charging, depending on which network they use. 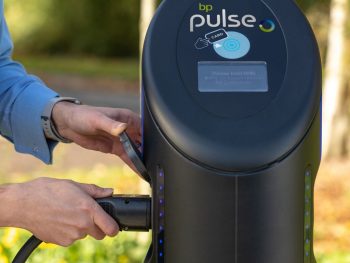 What Car? found public charging costs can vary by as much as £31 between charging providers due to different speeds and fees on offer

Research by What Car? revealed that the cost of charging a BMW iX3 with an 80kWh battery can vary from £9.32 to £40.66 due to the different speeds and fees across the UK charging network.

The Source London Flexi (7.4kW) network was found to be the priciest in the UK with a full charge costing more than £40. However, the higher charges only apply to three London boroughs (Camden, Kensington/Chelsea and Westminster) and prices are lower elsewhere, with many of its chargers are free to use. Source London has also pointed out that it’s the only network to include on-street parking in its usage fees.

Outside London, Ionity’s rapid 350kW network proved most expensive, with a £0.69 per kWh fee to use its 350kW rapid chargers. But the 80% charge would take just 35 minutes compared with more than seven hours using a slower 7.4kW charger.

Although other providers were found to offer cheaper kWh rates, they often required a subscription fee or one-off payment. However, in the long term, the networks running subscriptions could help to save EV drivers money.

The research also underlined that charging at home is still the cheapest option, with the 10-80% boost for the iX3’s batteries costing £7.25.

What Car? editor Steve Huntingford said: “Our research highlights the importance of doing your research before you leave home to find the most cost-effective way to make your journey.”

*£10 sign-up fee, the cost per minute on 7.4kW chargers is capped at four hours between 8pm and 7am, making overnight charging cheaper