Vehicle-to-Grid technology on trial in Amsterdam

By Natalie Middleton / 3 years ago / International News, Tech / No Comments 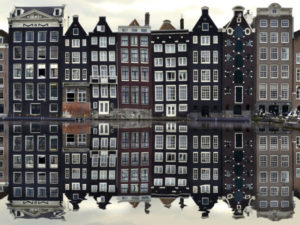 The new V2G pilot scheme will take place in Amsterdam

Run in partnership with grid company Alliander, technology company Enervalis and innovation platform Amsterdam Smart City, the pilot has deployed the V2G-charge points at a number of public locations, as well as at the offices of accounting firm PwC and at a large sports facility, where they can also be used to provide electricity direct to the organisation – dubbed Vehicle-to-Office.

The pilot is part of the City-Zen programme, which aims to create more energy-efficient cities throughout Europe.

Sytse Zuidema, CEO, NewMotion, said: “In the Netherlands alone, we’re expecting to see around one million electric vehicles on the roads by 2025. At the same time, the decentralised generation of electricity through solar panels and wind turbines is responsible for an ever-increasing share of the total electricity supply. Due to the irregular availability of sun and wind, it is imperative that storage capacity becomes available, so that sustainably generated electricity can be stored for peak moments in energy demand. These developments pave the way for the broad deployment of V2G technology.”