Volvo Cars and Geely are looking into plans to merge their existing combustion engine operations into a stand-alone business providing next-generation combustion engines and hybrid powertrains – including potentially for other carmakers. 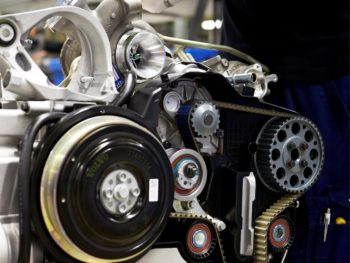 The stand-alone business would develop next-generation petrol and diesel engines and hybrid powertrains, including for third-party manufacturers

The spin-off would enable Volvo Cars to focus on the development of its all-electric range of premium cars; current ambitions for 2025 onwards would see half the carmaker’s global sales be fully electric by this date and the other half hybrid, supplied by the new business.

The stand-alone firm would also supply combustion engines and hybrid powertrains to Geely Auto, Proton, Lotus, LEVC and LYNK & CO, which are all part of Geely, as well as third-party manufacturers. It would also offer substantial operational, industrial and financial synergies without the need for workforce cut-backs, according to the firms.

The new unit – which is still in planning stage and would require board and authority approvals – would provide the next step to existing work from Volvo Car and Geely to create separate internal combustion engine (ICE) operations within their respective organisations.

The plans also show the carmakers’ emphasis on the importance of hybrid powertrains going forwards, with Volvo Cars having said it believes the electrification of the automotive industry will be a gradual process, meaning there will be significant ongoing demand for efficient hybrid powertrains alongside fully electric offerings.

Previous: Ohme and Smart Home Charge team up to simplify charging
Next: Find out how EVs and salary sacrifice could work for your fleet at free webinars