Chinese-owned car company, Lynk & Co, is to build its first subscription-funded hybrid SUVs at the Belgian factory of sister brand Volvo Cars from 2019, with a focus on urban drivers. 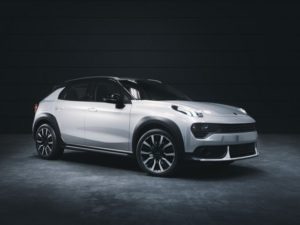 The Lynk & Co 02 is a plug-in hybrid SUV, offered via a subscription-based ownership model.

A subsidiary of the Geely group, which also owns taxi manufacturer LEVC, Lynk & Co launched in China late last year with a subscription-based ownership model similar to a mobile phone, primarily via its website.

The range now spans three models, the 01, 02 and 03, all based on Volvo Cars’ compact vehicle platform, as used in the XC40. Designed in Sweden, each offers a high level of connectivity, fixed trim levels with no options. European cars will be built in Ghent, alongside the XC40, with the first examples all featuring a plug-in hybrid drivetrain.

Sales will take place via fixed and pop-up ‘Offline Stores’ as well as via its website, and the launch programme will focus on five European cities; Amsterdam, Barcelona, Berlin, Brussels and London. Prices have not been announced as yet.