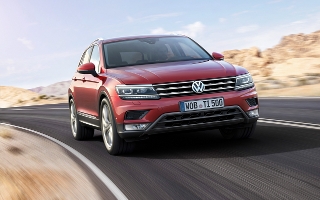 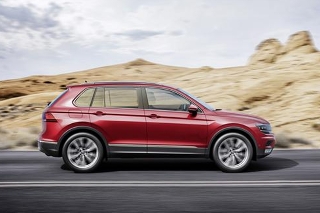 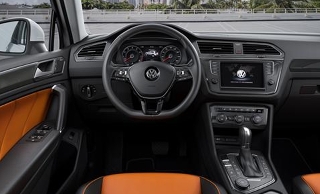 Based on the carmaker’s MQB platform, the new model brings increased dimensions and offerings boot space of 615 litres rising to 1,655 litres – up 145 litres. Meanwhile weight has been reduced by over 50kg.

Eight engines are on offer, ranging from 114bhp to 238bhp, and up to 24% more fuel efficient than the engines they replace.

Also on display was the Tiguan GTE concept vehicle with a 215bhp plug-in hybrid drive, said to offer an outlook on the future development of the model.

The Tiguan GTE employs a similar powertrain to the Passat GTE, comprising a 1.4-litre turbo petrol with an electric motor and battery pack and with a total output of 215bhp, giving an all-electric range of 30 miles, CO2 emissions of 42g/km and an official combined fuel consumption of 149mpg.