Last week’s announcement by HM Treasury of a 0% Benefit-in-Kind rate for fully electric cars in 2020/21 has seen interest in such cars soaring, according to Fleet Evolution. 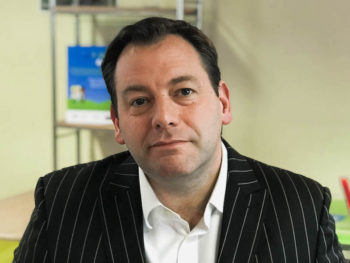 Announced as a result of the Treasury’s review into the impact of the shift to using WLTP to test all new cars from September 2018, the changes bring the introduction of two sets of rates for the 2020/21, 2021/22 and 2022/23 tax years for vehicles from 1g/km CO2 upwards.

Managing director Andy Leech said: “At Fleet Evolution we’ve always considered ourselves at the forefront of electric car take up, but the sudden increase in interest has surprised even us. In monetary terms the original proposed Benefit-in-Kind of 2% was a game-hanger anyway, from 2020 electric car costs under schemes such as ours had been slashed. The removal of this 2% charge doesn’t add to the already dramatic savings significantly but we think it’s about the message it sends to employees.”

The firm added that the removal of the Benefit-in-Kind charge for 2020/21 adds to an increasing list of reasons for adopting EVs, from the ‘stick’ of Clean Air Zones to the ‘carrot’ of investment in charging infrastructure.

Leech added: “Fleet Evolution believes the UK has now reached the point where electric cars will really take off.

‘We’re already supporting electric cars with free charge points and roadshows for our customers. With the Government now taking some very visible steps this sends a clear message to employees that it’s time to go green, and employers that they should do all they can to aid this.”

He also urged manufacturers to get behind the UK electric car market, with demand already outstripping supply while diesel car sales plummet. As an example, the UK’s 2019 allocation of the new Kia e-Niro sold out within a month.

It’s a comment that’s also been made by ACFO director Caroline Sandall in the association’s response to the new rates, with Sandall having said: “The number of zero emission cars currently available is miniscule and lead times are lengthy so the real value of the 0% rating will be extremely limited. Most major motor manufacturers have announced plans to introduce numerous plug-in models over the next 18 months and the Government needed to take account of model launches and availability in reforming company car Benefit-in-Kind tax.”

Previous: All new rapid chargers to support contactless payments by 2020
Next: AstraZeneca to switch 16,000-strong vehicle fleet to EVs