The UK needs to take action on EV battery recycling now to prevent a “huge” battery waste mountain in the future, scientists say. 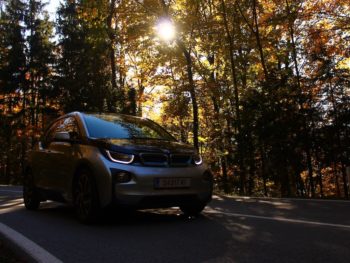 According to a study led by the University of Birmingham and involving experts from Newcastle and Leicester universities, recycling technologies for end-of-life lithium-ion batteries are not keeping pace with the rapid rise of electric vehicles.

So much so that 11 million tonnes of spent batteries are likely to head for landfill in just over a decade unless there is significant investment in the development of efficient recycling processes.

While the scientists are fully in favour of a switch from fossil fuels to EVs – which they say is imperative if we are to meet global targets for reducing greenhouse gas emissions and improve air quality in our cities – they also say the Government and car industry must develop a robust recycling infrastructure to meet future recycling need.

This necessitates an urgent look at the whole lifecycle of the battery; from digging the materials out of the ground to disposing of them again at the end.

Dr Gavin Harper, Faraday Research Fellow at the University of Birmingham and lead author on the paper – published in the 150th anniversary issue of Nature – said: “The recycling challenge is not straightforward: there is enormous variety in the chemistries, shapes and designs of lithium ion batteries used in EVs.

“Individual cells are formed into modules, which are then assembled into battery packs.

“To recycle these efficiently, they must be disassembled and the resulting waste streams separated. As well as lithium, these batteries contain a number of other valuable metals, such as cobalt, nickel and manganese, and there is the potential to improve the processes which are currently used to recover these for reuse.”

Co-author Professor Paul Christensen, of Newcastle University, who has been working with a number of UK Fire and Rescue Services on developing protocols for dealing with lithium ion battery fires, added: “These batteries contain huge amounts of power and at the moment we are still relatively unprepared about how we deal with them when they reach the end of their life.

“There’s also a public safety issue that needs addressing as second-life EV batteries become more widely available. What we need is an urgent look at the whole lifecycle of the battery – from digging the materials out of the ground to disposing of them again at the end.”

A well as the waste issue, the researchers also highlight the enormous economic opportunity for the UK by addressing recycling. Analysis by the Faraday Institution – the UK’s independent institute for electrochemical energy storage research – points to the need for eight gigafactories in the UK by 2040 to service the demand for lithium-ion batteries. The UK will need to develop sources of supply for the critical materials required for these batteries and recycled material could play an important role.

Professor Andrew Abbott, of the University of Leicester and co-author on the paper, concluded: “Electrification of just 2% of the current global car fleet would represent a line of cars that could stretch around the circumference of the Earth – some 140 million vehicles.

“Landfill is clearly not an option for this amount of waste. Finding ways to recycle EV batteries will not only avoid a huge burden on landfill, it will also help us secure the supply of critical materials, such as cobalt and lithium, that surely hold the key to a sustainable automotive industry.”