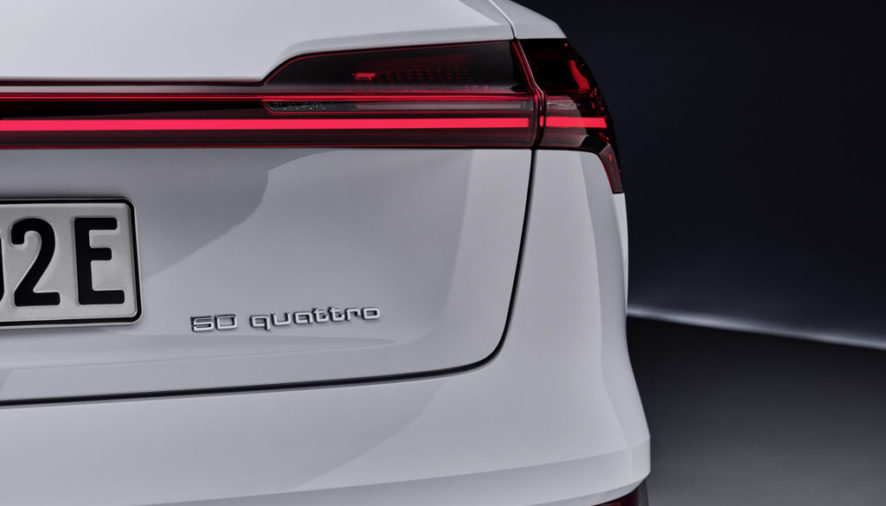 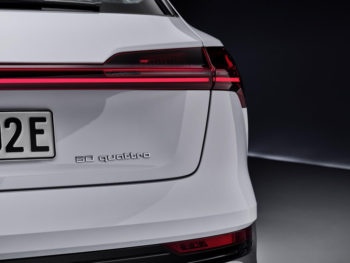 Audi’s new lower-range e-tron 50 quattro sports a 71kWh battery pack and a 186-mile WLTP range, reducing the pack size by 24kWh – the same as the original Nissan Leaf – compared to its big brother e-tron 55 quattro, which offers a 95kWh battery and 241-mile WLTP range potential. The lower weight of the e-tron 50’s battery and by using the front motor only when absolutely necessary, Audi claims the car to be more efficient

Consequently, the new smaller battery cannot take the same maximum charge rate as its larger sibling, and drops to 120kW from 150kW. Despite the degradation in charge rate, because the battery is smaller, Audi says it will take approximately the same 30 minutes to charge from 0-80% as the more powerful variant at compatible rapid charge stations. An optional connect charging system, available later this year, adds smart charging functions such as off-peak charging, enabling customers to benefit from variable electricity rates by charging their Audi e-tron at more inexpensive times.

Similarly, the new car’s power has been reduced to deliver an ever-ample 313hp from its twin motor ‘e-quattro’ all-wheel drive setup, along with moon-moving 540Nm torque. These allow for acceleration from 0-62mph in 7.0 seconds. Again, this compares to the more powerful e-tron 55 that can sprint to 62mph in 5.7 seconds and offers 408hp and 561Nm torque.

The new e-tron 50 quattro is designed to open the e-tron model to a wider audience and it has been confirmed for series production and will launch in the UK in 2020. At time of writing, no indication of price has been given, but it will be lower than the e-tron 55 quattro’s £71,490 OTR starting price. Audi will likely be looking to undercut rivals including the £64,495 Jaguar I-Pace and potentially the forthcoming top-spec Tesla Model Y, that should retail at around £62k, once it becomes available to order in the UK.

Two further electric models are due next year from Audi, as well as a fifth being the previously revealed Audi Q4 e-tron concept, which – in concept form at least – offered similar specifications to the new e-tron 50 quattro, with a 279-mile range and 306hp.