Meridian Vehicle Solutions is planning to start running a prestige medium-term rental fleet later this year, using the BMW 530e as a basis. 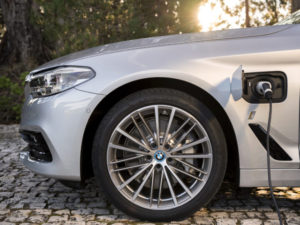 Although the majority of the firm’s existing fleet is “semi premium”, Meridian says it’s finding considerable success with more premium models such as the BMW 530e and plans to start running a fleet of such vehicles and higher-end models, providing the kind of cars that would be seen on the top tier of a fleet policy in a major corporate.

The range of “director-level” saloons, estates and SUVs will be available for rentals of 3-6 months, starting in Q3 or Q4 of 2018.

Adding that there’s a place in the market for the new solution, managing director Phil Jerome said: “At the top level of fleets, the need for medium-term cars is much the same as elsewhere – for fixed-term contracts, for probationary periods and where there is a desire to roll over a shorter terms contract rather than sign a 3-4 year lease.

“In some companies where the directors are also owners of the company, we would also expect to see what you might call medium-term ‘lifestyle rental’ – choosing to operate a luxury SUV in the winter months and switching to something sporty in the summer.”

Jerome also said that often-excellent buying terms and strong residuals meant that vehicles at this level could often be supplied at surprisingly competitive rates.

Further details about Meridian’s prestige fleet product will be unveiled later this year.