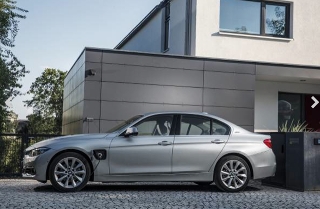 The plug-in hybrid variant of the 2 Series Active Tourer arrives in spring 2016 and combines an 88bhp electric motor to drive the rear wheels with a 134bhp 1.5-litre three-cylinder petrol engine with BMW TwinPower Turbo technology and a six-speed Steptronic transmission, giving an overall output of 221bhp. The 225xe brings a maximum electric range of 25 miles. Official combined fuel consumption is 134.5–141.2mpg, with CO2 emissions of 46–49g/km.

With MAX eDRIVE mode engaged, the BMW 740e is capable of travelling at speeds up to 75mph with an electric-only range of up to 25 miles.