By / 5 years ago / Uncategorised / No Comments 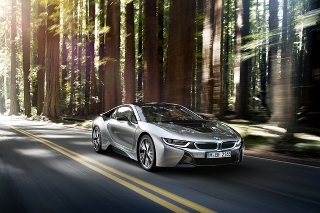 Following the success of the i3 last year, the BMW i8 has been awarded with the title for 2015 at the New York International Auto Show and was also one of the finalists in the category of World Luxury Car.

The international jury commented that: “The BMW i8 gasoline hybrid looks so cool, it should be the icon for all “Green” cars. So it inspires Green Passion, which on paper looks like 155 mph on the i8's three-cylinder turbo gasoline engine, four-wheel-drive and four seats. The i8 adds so much enjoyment to a sensible lifestyle that it needs to be recognized as a great Green Car.”