The Government’s 2040 target of ending sales of new petrol and diesel cars/vans must be brought forwards to 2035 at the latest and include full hybrids, while action must also be taken to drive down vehicle use in general to meet Net Zero by 2050. 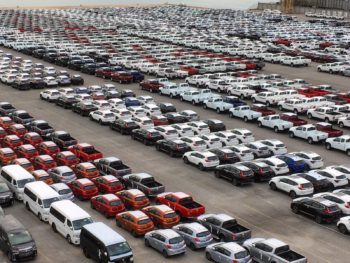 So say MPs from the Science and Technology Committee in a new report which also slams the Government for cutting the Plug-in Car Grant and for continuing the fuel duty freeze.

The report on Clean Growth: Technologies for meeting the UK’s emissions reduction targets sets out that the committee welcomes the Government’s decision to legislate for Net Zero but highlights that official government eco advisers at the Committee on Climate Change (CCC) have warned that the UK is not even on course to meet its existing legally binding targets for 2023 to 2032.

As such, the report recommends 10 steps the Government should take to meet Net Zero – including reducing vehicle emissions.

Top of the list is that the Government must bring forward the date of its proposed ban on the sales of new ‘conventional’ cars and vans to 2035 at the latest, and ensure that it covers full hybrids too.

It follows the Air Quality Plan published two years ago which reiterates a 2011 government statement that sales of “conventional petrol and diesel cars and vans” – but doesn’t mention full hybrids – will end by 2040 in line with Carbon Plans proposals for “almost every” car and van on the road to be an ultra-low emission vehicle by 2050.

Since the Air Quality Plan, there have been a number of calls for this 2040 target to be brought forwards, including calls made by the CCC months ago, and echoed by transport and environmental specialists the day after the Net Zero target was announced.

As well as calling for the ban to be brought forwards to 2035 latest, the Science and Technology Committee report also says that in the near-term, the Government must reconsider the fiscal incentives for consumers to purchase both new and used vehicle models with lower emissions – this includes developing a strategy by the time of the Spring Statement 2020 to use Vehicle Excise Duty and other incentives to drive the purchase of vehicle models with lower average emissions.

The report also slams changes to the Plug-in Car Grant introduced 10 months ago, which saw grants cut across the board and eliminated altogether for plug-in hybrids; a move that SMMT registrations data has shown is hitting PHEV demand.

And the report highlights the damage caused by the fuel duty freeze since 2009, especially when rail prices and bus prices have risen every year over the same period. The nine previous freezes in fuel duty are estimated to have increased traffic and carbon emissions by 4% – as well as costing the Treasury over £6bn per year.

The Science and Technology Committee report calls for the Government to work with public services and owners of public land, such as schools and hospitals, to accelerate the deployment of electric vehicle chargepoints, and introduce measures to ensure that chargepoints are “interoperable, compatible with a smart energy system, reliable, and provide real-time information on their current functionality”.

And it also says that drivers must be encouraged to cut car use, highlighting that even though ultra-low emission vehicles generate very little emissions during use, their manufacture generates “substantial emissions”.

As such, the report says: “In the long-term, widespread personal vehicle ownership therefore does not appear to be compatible with significant decarbonisation. The Government should not aim to achieve emissions reductions simply by replacing existing vehicles with lower-emissions versions.” Instead, it calls for a focus on promoting and improving public transport, encouraging and supporting increased levels of walking and cycling and encouraging vehicle usership in place of ownership.

The Renewable Energy Association’s chief executive Dr Nina Skorupska welcomed the report, including the emphasis on ramping up the switch to electric vehicles through incentives. She added: “We also recommend the introduction of E10 to further tackle the concerning levels of vehicle emissions highlighted in the report.

“We urge the new Government to follow through on their promise to continue Net Zero preparation and adhere to the advice of the report as a minimum.”

Previous: New WattsUp app shows users in real time where they can charge and when
Next: Mercedes launches A and B-Class plug-in hybrids