Providing a further incentive for drivers and fleets to switch to electric cars, the chancellor has announced that zero-emission cars will be exempt from the Vehicle Excise Duty (VED) ‘expensive car supplement’ until 2025. 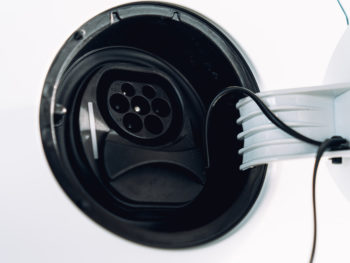 EVs costing more than £40,000 are now exempt from the VED ‘expensive car supplement’

It means EVs costing more than £40,000 will be saved from having to pay the £320 ‘expensive car supplement’; as it was the only road tax that electric cars were subject to, this means all fully electric cars are now VED exempt.

In addition, the Budget announces the publication of a call for evidence on VED, as revealed last year, which will include how it can be further used to reduce vehicle emissions.

This will seek views on moving towards a more dynamic VED system and how VED can support a reduction in road transport emissions.

It added that changing the first-year VED rates could be an effective way to influence consumer decisions on new vehicles; under the current VED system, there is a differential of over £2,000 between the highest and lowest -mitting vehicle: zero emission models pay no first year VED, whilst vehicles over 255g/km pay £2,135 in the current tax year. But this could be revised to further guide consumer behaviour.  The Treasury said there are a number of examples of carbon-based first registration taxes across Europe, for example in the Netherlands and Norway, where top rates are significantly higher than in the UK.

Commenting on the removal of the supplement on electric cars, Ashley Barnett, head of fleet consultancy at Lex Autolease, said: “Removing the VED surcharge for EVs will encourage uptake, many of which have list prices higher than the £40,000 threshold. The threshold was put in place to identify and apply a surcharge to ‘luxury’ cars, but as times have changed, even entry-level models featuring the newest, cleanest engine technology can come with a similar price tag.  It’s positive that early adopters of EVs are being incentivised by these changes, rather than being penalised by an outdated tax system.”

RAC head of policy Nicholas Lyes added: “Our research suggests that cost is one of the biggest barriers for drivers who want to switch to an electric vehicle and the steps taken today provide clarity and certainty for both consumers and manufacturers.”