Chancellor Rishi Sunak’s second Budget speech has allayed concerns of sudden and swift tax rises to pay off the ‘Covid bill’, instead unveiling a number of extended support and ‘levelling-up’ measures, with varying impact to fleets. 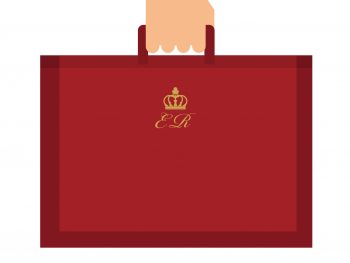 A three-part plan and super deduction

Sunak said the Budget would “meet the moment” with a three-part plan to protect the jobs and livelihoods of the British people.

The first focus was on protecting the people. Despite outlining Covid-19’s “profound effect on the UK economy” – and detailing that GDP for 2020 as a whole fell by 9.9%, the largest annual fall in 300 years – there were no nasty surprises in the Budget for household finances. Rates of income tax and national insurance will not go up although, from next year, personal tax thresholds will be frozen until 2026, creating additional higher-rate taxpayers.

The Budget also pledged continued support to enable the reopening of the economy in line with the roadmap – the furlough scheme will be extended until the end of September and support for the self-employed will continue. The full business rates holiday will also be extended until June followed by a two-thirds discount for the following nine months.

For businesses, however, there was a nasty surprise that the rate of corporation tax paid on company profits will increase in 2023 from 19% to 25%, albeit deferred and with tiered protections for businesses with profits less than £250k. This comes under the second Budget prong, covering work to fix public finances.

But in line with the Government’s focus on an ‘investment-led recovery’, the Chancellor also announced a temporary 130% upfront capital allowances super deduction for investment in plant and machinery. This comes under his third Budget prong to begin the work of building our future economy and has been much welcomed, including by the BVRLA, which says it can be used for investment in electric vehicle (EV) charging infrastructure; the association had highlighted the need for additional EV infrastructure tax relief in its Budget requests.

According to the BVRLA, the super deduction scheme will apply to EV charge points but not the grid upgrades – its policy team is trying to clarify whether it also applies to ground work and cables, etc.

Nigel May, partner at accountancy firm MHA MacIntyre Hudson, also welcomed the super deduction scheme and said it was the standout tax giveaway in the Budget but time-limited for good reason.

“The operation of the relief depends upon what the cost relates to. For most business equipment, there will be a super-deduction of 130% of the expenditure incurred. This will mean that on a spend of £100,000, the corporation tax deduction will be £130,000, giving corporation tax relief at 19% on £130,000 which is £24,700. Normally such expenditure would either fall within a company’s annual investment allowance and produce relief of only £19,000 or alternatively be tax-relieved at 18% of the cost per annum. In any case, the super deduction produces enhanced and accelerated relief.”

But he had a warning: “Companies looking to use this relief will need to take care when the assets that the expenditure relates to are sold: tax charges may then arise clawing back the relief. It is perhaps worth noting that certain expenditure is excluded, in particular the acquisition of company cars.”

Nigel May also said that it seems clear that EV charge points are items that are eligible for capital allowances, but added: “I suspect that the issue is that they probably fall to be treated as fixtures and therefore would only get the 50% FYA then relieved at 6% on a writing-down basis. There may be a different way of looking at it (so as to get the super-deduction), however, it is nuanced and probably fact-dependent.”

The Chancellor confirmed that the current fuel duty freeze will be maintained for an 11th successive year “to keep the cost of living low”.

There had been rumours that fuel duty would be one of the areas that would need to increase to pay off the ‘Covid Bill’ but, according to reports, plans for a rise were axed under concerns it would impact those people helping the economy ‘bounce back’ – in particular van drivers and operators. Government data shows the current fuel duty freeze has cumulatively saved the average car driver £1,600 compared to the pre-2010 escalator.

While Lex Autolease has said that while the continued freeze makes sense for now – particularly as for some people an ICE vehicle remains their only option – a future fuel duty increase is likely.

Ashley Barnett, head of fleet consultancy, commented: “Against the backdrop of the pandemic, many people are still using cars as a safer mode of transport and any rises would feel counterproductive at this moment in time. As momentum continues to shift away from petrol and diesel, a future rise in the 10-year fuel duty freeze feels inevitable and will help fund investment in greener alternatives.”

His comments are borne out by a reference in the Red Book: “Future fuel duty rates will be considered in the context of the UK’s commitment to reach net-zero emissions by 2050.”

The Government also announced the usual inflation-linked increases in car and van VED and the fuel and van benefit charges.

No news on road user charging

No announcement on work to explore road user charging was forthcoming, despite ongoing reports that this is on the Government’s agenda to avert a £40bn tax shortfall from the switch to electric vehicles.

The Vehicle Remarketing Association had said putting the issue on the agenda now would give businesses time to prepare.

LeasePlan expressed disappointment that no announcement was made. “Reviews had previously been established to look into how road taxes could better encourage the uptake of lower-emission vans and cars, but the final policies haven’t been announced yet. With the 2030 ban on new petrol and diesel sales fast approaching, we need these sorts of policies in place as soon as possible,” said Matthew Walters, head of consultancy and customer data services at LeasePlan UK.

However, the Budget Red Book set out that this year the Government intends to announce some consultations separately from the Budget, and will publish a Command Paper, ‘Tax policies and consultations (Spring 2021)’, due on 23 March 2021.

“We are disappointed that the Government has given no further indication of the longer-term motoring tax roadmap it will use to drive decarbonisation, but there is lots of consultation going on and we expect more news on this in the coming months,” said the BVRLA’s Gerry Keaney.

There was also no further announcement on company car Benefit-in-Kind rates; the current tables only go to 2024/25 and the Association of Fleet Professionals (AFP) has said in recent weeks that further clarity was needed.

Speaking in February, AFP chair Paul Hollick had said having BiK tables through to 2029/30 would “mean that we can produce comprehensive EV adoption strategies that take us right through to the moment when petrol and diesel cars will no longer be available, tackling financial and operation concerns”.

However, following the Budget, Hollick said that the Budget had been much-more important for its broad macroeconomic sweep than for any detail issues. “Yes, we’d like to see indications of more work happening at the Treasury in areas such as the future of benefit-in-kind taxation for company cars and vans, as well as wider transport issues such as road charging, but the crucial thing for the moment is that businesses continue to be financially supported through the historically tough economic conditions that we are all facing,” he commented.

The Budget also included the announcement that the Government will create eight new freeports in England, including in Liverpool, Devon, London and the Solent.

Rishi Sunak said the freeports would unlock “billions of pounds of private sector investment, generating trade and jobs up and down the country”. He added that freeports will be a truly UK-wide policy – and said the Government will work constructively with the Scottish, Welsh and Northern Irish administrations.

The Association of Fleet Professionals said the plans were a point of note for fleets, saying the freeports could “if successful in terms of generating manufacturing, become hubs of quite intensive fleet activity”.

The Budget also included an announcement of the UK’s first-ever Infrastructure Bank, which will “partner with the private sector and local government to increase infrastructure investment to help tackle climate change and promote economic growth across the country”.

It will be located in Leeds, begin this spring and will have an initial capitalisation of £12bn; it’s expected to support at least £40bn of total investment in infrastructure.

The news has been welcomed by Jon Lawes, managing director, Hitachi Capital Vehicle Solutions, who said it formed part of “an optimistic budget for those of us hoping for significant investment in infrastructure to speed up the adoption of EVs and deliver a greener economy”.

Lawes added that the Infrastructure bank could bring about the much-needed green revolution, adding: “In the EV sector alone, we’ve seen rapid development in technology over the last decade and we are now at the tipping point where the infrastructure needs to match demand. If we are to accelerate adoption we need this new body to prioritise support for essential electric infrastructure.”