Fleet falls 33.5% in February but positive news on plug-in registrations

Fleet new car registrations dropped 33.5% in February but there was some comfort when it came to increased plug-in vehicle uptake. 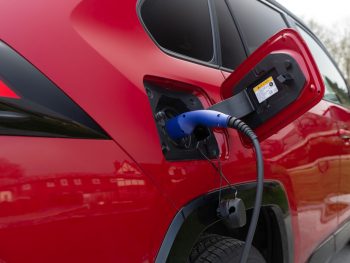 Meanwhile, the overall new car market fell 35.5%, with just 51,312 units registered, equating to 28,282 fewer cars than the same month last year and the lowest level since 1959, according to the figures from the Society of Motor Manufacturers and Traders (SMMT).

Private registrations and business sales (fleets with fewer than 25 cars) were also hard-hit by the lockdown and nationwide closure of showrooms; down 37.3% and 56.6% respectively.

While February is typically a quiet sales month, concerns are mounting for the ‘new plate’ month in March and the SMMT has downgraded its market outlook for 2021 to 1.83 million registrations – as a benchmark, this is up 12.3% on the 1.63 million seen in last year’s lockdown year but down 20.0% on the 2.3 million recorded in 2019 prior to the pandemic. And 2019 was not a great year itself, hitting the lowest new car level since 2013.

There was some positive news on plug-in vehicles in February, with battery electric vehicles (BEVs) and plug-in hybrids (PHEVs) taking a combined 13.0% market share for the month, up from just 5.7% in February 2020; they now account for more than one in eight registrations. BEV uptake increased by 40.2% to 3,516 and PHEVs by 52.1% to 3,131.

But the SMMT said yesterday’s Budget had proved a missed opportunity given the lack of measures to support the market overall and notably the transition away from pure petrol and diesel cars and vans.

The trade body also continued its calls for showrooms to be opened as soon as possible, as it said that February’s decline in registrations was the “disappointing but expected” result of the closures.

Mike Hawes, SMMT chief executive, said: “More concerning, however, is that these closures have stifled dealers’ preparations for March with the expectation that this will now be a third successive dismal ‘new plate month’. Although we have a pathway out of restrictions with rapid vaccine rollout, and proven experience in operating click and collect, it is essential that showrooms reopen as soon as possible so the industry can start to build back better, and recover the £23bn loss from the past year.”

Ashley Barnett, head of consultancy at Lex Autolease, said the prolonged drop in registrations highlights the challenges the motor industry continues to face, but added that the continued growth in EVs was some comfort.

He added: “With no changes to the company car tax tables in yesterday’s Budget announcement, fleet decision-makers will be encouraged to continuing planning for another vehicle replacement cycle knowing that ULEVs remain an attractive offering for company car users.

“Further fiscal incentives and on-road perks will help to drive uptake and send a clear message to OEMs that the UK is open for EV business. They also remain crucial in stimulating demand in the second-hand market, to ensure that EV adoption is a realistic prospect across the whole affordability spectrum. In less than three years, more than 100,000 vehicles that were delivered in 2020 are likely to enter the used EV-market and we must work together to support and encourage wider EV uptake.”

Previous: Budget 2021: A summary for fleets
Next: New planning tool to provide data-based solution for fleet switch to EVs