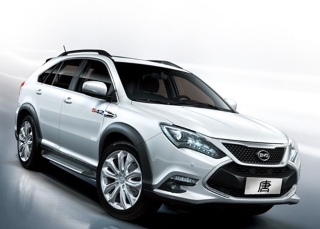 It features two motors, one at each axle, for all-electric four-wheel drive, and a 2.0-litre turbocharged petrol engine to extend the range or add power for accelerating. This is claimed to reach 62mph in 4.9 seconds, and offer fuel economy better than BYD’s benchmark.

BYD already sells the Qin in China, in large enough numbers for it to be the fifth biggest-selling plug-in hybrid in the world. The Tang, which is also named after a Chinese dynasty, is expected to outsell it.