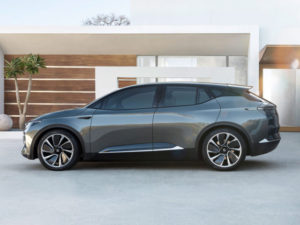 Twohig most recently led the development of the Alpine A110 as chief engineer at Alpine and head of vehicle engineering at Renault Sport.

A new Los Angeles-based Future Lab will focus on developing user experiences and advanced concepts to define the future of driving and ride-sharing.

The company plans to launch its Smart Intuitive Vehicle (SIV) in Q4 2019, following its european premiere at Milan Design Week and also the 2018 Beijing Motor Show.

Dr Carsten Breitfeld, CEO and co-founder, Byton said: “Revolutionising the user experience in the car is at the core of Byton. We’re working very hard to make sure your Byton vehicle is a next-generation smart device – a smartphone on wheels. Our L.A. Future Lab will push that idea to the bleeding edge of what’s possible, and we’re already excited for what we will be able to share in the future.”

Byton now employs around 300 people at its Silicon Valley headquarters that opened in December 2017.