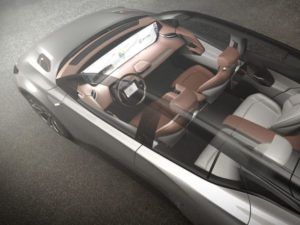 Dr. Daniel Kirchert, president and co-founder at Byton, added, “I’m confident that Aurora will be instrumental in helping Byton achieve its objectives as an innovator of smart, premium electric cars with level 4 and level 5 autonomous driving.”

Byton revealed its first concept vehicles, which is scheduled for production and sales to being in China in 2019, earlier this month at CES 2018 in Las Vegas. Sales are set to begin in China in 2019, and sales in the United States and Europe to start in 2020.