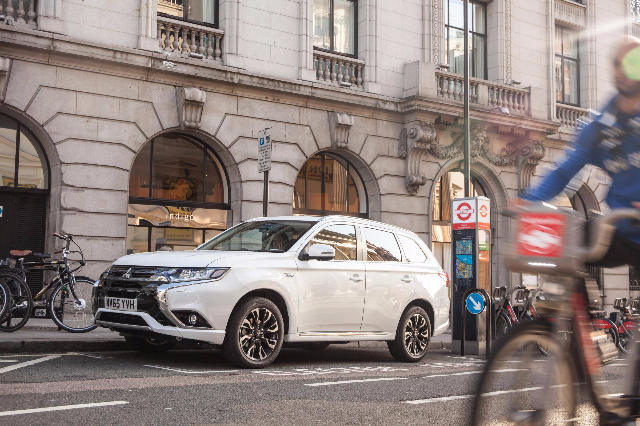 Alternative Fuel Vehicles are still struggling against mainstream petrol and diesel models. Dave Moss looks at why sales are slow. 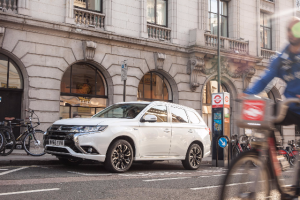 23% of Europe’s new car sales involved an EV or hybrid last year, with cars like the Mitsubishi Outlander PHEV (pictured) driving some of that growth

Whether your fleet runs on petrol or diesel, or fuels such as Autogas/LPG or Compressed Natural gas (CNG) which appeal because of lower pricing or accessible bulk fuel supplies, now is a very good time to review some new possibilities presented by today’s Alternative Fuel Vehicle (AFV) marketplace.

Latest JATO Dynamics data covering 54 key global markets reveals declining LPG and CNG vehicle sales, despite shale gas production reducing costs and securing future fuel supplies in the big US market, and improving CNG and LPG availability in Europe. New figures from the European Automobile Manufacturers’ Association ACEA confirm falling CNG sales in Italy, its strongest market. In the last quarter of 2015, Italian AFV sales fell over 23% compared to 2014, as gas‐fuelled registrations – alone accounting for over 80% of this entire sector ‐ fell steeply. In the same period, across the EU, AFV registrations increased by over 20%, while gas‐fuelled car sales fell by almost 32% – part of an 8.4% sector decline across Europe since 2014.

The rise and rise of electric drivetrains

The world’s new car marketplace is ever changing, bringing surprises every year. An analysis of those 54 markets by JATO reveals diesel engines are becoming less popular, taking a 22% share of 2008 sales, reducing to 19.6% in 2015 – while gasoline cars increased their share, from 71% to 73%. But early in 2016, there’s hardly a sign of an alternative fuel revolution driven by fleet or private buyers deserting conventional fuels for big AFV advantages.

JATO’s data shows all hybrid and electric vehicles combined took just 0.9% of key global market sales in 2008, peaking at 2.47% in 2013 – but falling to a 2.39% share in 2015. European buyers are ignoring that trend – 23% of Europe’s new car sales involved an EV or hybrid last year – up from 17% in 2014. There’s also strong sector growth in China and India, where 30% of today’s gasoline powered cars are currently sold, but conditions in recent years have put off AFV buyers in both North America and the Asia Pacific region.

Ben Scott, senior analyst with IHS Automotive believes cost and inconvenience are holding back electric vehicle sales ‐ and government support must continue. “Currently EV prices are higher than conventional cars in the same segment,” he says. “There are pay‐offs over time, and total cost of ownership can be less with low fuel costs against petrol or diesel – but these benefits are less obvious with low oil prices. I believe it critical that incentives remain.”

Meanwhile, high list prices and range anxiety remain top topics for EV drivers – despite more charging stations appearing. Here, Ben Scott feels drivers have some responsibility – but the cars must also improve: “There’s still a lack of education around charging – and failure to change refuelling habits is slowing the market. EV’s with longer range will help: operators and drivers don’t want to pay extra – and then be inconvenienced by a vehicle with less range.”

Looking ahead, IHS Automotive expects the worldwide market share for alternative fuel vehicles to grow from around 2% now to 7% by 2021. However, it also forecasts most vehicles will continue to use petrol or diesel engines, with pure EV’s taking just 1% of the market by then. Meanwhile, Felipe Munoz, global automotive analyst at JATO Dynamics, believes prices and incentives remain the key to more EV sales. “The future will depend a lot on how governments deal with incentive programmes,” he says, “though lower development costs could drive growth through lower list prices. But there are still problems with battery range, and model choice, especially EV SUVs, with few such models available globally.”

The role of incentives

Business and fleet users have recognised the opportunities presented by such policies, with taxi, private hire, delivery operators and others lowering costs by moving from diesel into modern AFVs or full electric vehicles. Norway’s benefits package began in 1990: its generosity has seen the EV market share rise beyond 20% – with a majority of cars going to company drivers. Netherlands’ EV share is over 5%, while Britain’s programme, begun in 2010, resulted in more low emitting vehicle sales in 2015 than in the last five years combined.

This situation is changing. Experts at PWC Autofacts anticipate falling government subsidies will slow ‘plug in’ sales during 2016. The UK has recently cut headline grants by 50%, and AFV company car tax will climb from 7% to 14% in The Netherlands. Norway also plans reduced support from 2018. Residual values could benefit, but with AFV and pure EV sales still modest overall, upward price pressures while oil prices are low cannot help.

But all AFV sales could benefit if diesel use declines in future, according to Eric Tanguy, an auto analyst with Standard and Poor’s ratings agency. He feels Volkswagen Group’s recent problems and tightening vehicle emissions policy targets could hit diesel sales: “Emissions issues are affecting the image of diesel vehicles, even those with adequate systems to deal with NOx emissions,” he says. “That equipment adds to vehicle costs. Carmakers won’t be able to install it on smaller cars and still keep diesel prices competitive.

“If diesel starts falling from favour in Europe, low emission hybrid and electric alternatives may receive a boost – because carmakers have until now needed diesel fuel efficiency benefits to meet increasingly tough CO2 emissions standards. If diesel share falls, AFVs will be needed instead to improve fleet average CO2 figures to meet those regulatory demands.”

For operators frustrated by current EV limitations and unconvinced by the complex technology in PHEVs and range-extender hybrids, hydrogen powered fuel cell electric vehicles (FCEV) might seem the answer. Toyota and Hyundai already offer limited numbers in the US, Japan and some key European countries, Honda will follow them this year, and Nissan plans to add fuel cell vehicles to its EV range from 2017.

“Fuel cell electric vehicles are the obvious next step to complement today’s battery electric vehicles as our industry embraces more sustainable transportation,” says Mitsuhiko Yamashita, research and development director and executive vice president of Nissan Motor Company. “We look forward to a future where we can answer many customer needs by adding them to the battery EVs in our zero‐emission line-up.”

FCEVs have a window to become established as long term players in zero carbon mobility, according to IHS Automotive’s Ben Scott, but he also sees advantages and disadvantages: “Right now driving range and refuelling time are similar to conventional cars… but battery cost and technology improves every year,” he says.

“With time, batteries will progress until FCEV advantages fall away, leaving them unable to compete on cost or practicality. If they aren’t well established in the market by then, they could be left in niche applications.” IHS analysts currently forecast slow future FCEV growth, with only 150,000 such cars on the road by 2025, serviced by just 2,000 fuelling stations globally.