Comment: All fleets need to know about EV incentives

By Contributor / 1 month ago / Features / No Comments

New research indicates that large numbers of fleet managers aren’t aware of electric vehicle incentives. Chris Black, commercial director at LeasePlan UK, looks at what’s on offer and why such incentives are so vital in contributing to a greener future. 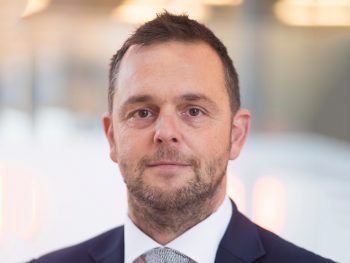 New research from LeasePlan UK has revealed that at least a quarter of fleet decision makers aren’t aware of the money-saving incentives available for adopting EVs.

Our survey found that 24% of decision makers – including fleet managers – in businesses of all sizes weren’t familiar with lower Company Car Tax or Vehicle Excise Duty (VED) rates for EVs.

Our survey found that 24% of decision makers – including fleet managers – in businesses of all sizes weren’t familiar with lower Company Car Tax or Vehicle Excise Duty (VED) rates for EVs.

Similarly, over a third (35%) aren’t familiar with first-year allowances for zero-emission vehicles, while more than two-fifths (43%) weren’t aware of the extension to the Plug-in Car Grant. And, with range anxiety one of the most common barriers to EV adoption, a third (33%) were also unfamiliar with investment into the national charging infrastructure.

Our survey showed that lower Company Car Tax rates for EVs have made a difference to vehicle policies for over half (52%) of respondents. With huge savings to be made in comparison to traditionally fuelled vehicle, businesses with zero-emission vehicles paid a Benefit-in-Kind tax rate of 0% in 2020/21, and from April 2021 that rate increased to just 1%.

Low Benefit-in-Kind rates result in significant savings for employers, but another way that businesses and employees alike can make savings is via a salary sacrifice scheme. But despite that, one fifth (20%) of HR bosses weren’t aware of the scheme, despite 44% and 39% of companies respectively offering either employee car ownership or salary sacrifice for a car.

Employees who get an Ultra-Low Emissions Vehicle (ULEV) through salary sacrifice only have to pay Company Car Tax on the taxable value of the car, rather than income tax on the higher of the car’s value or the salary sacrificed. What’s more, with most salary sacrifice for car schemes, a single monthly payment covers everything except the fuel. Running costs, maintenance or breakdown and repair charges are all included.

Vehicle Excise Duty (VED) is a Government vehicle tax applied to every vehicle on our roads in the UK, and was found in our research to make a difference for two-fifths (41%) of decision-makers. First-year rates of VED vary according to the vehicle’s CO2 emissions, and after that a flat standard rate applies in subsequent years, except for zero-emission cars for which the standard rate will be £0.

Capital allowances apply to qualifying assets (such as water and energy saving equipment) and allow businesses to deduct the full cost from their profits before tax, and this includes some low emission vehicles. The rate you can claim depends on when it was purchased and exactly how much CO2 it emits, with electric vehicles eligible purchased after April 2009 eligible for first-year allowances, offering further savings for businesses.

In our survey, first-year allowances for zero-emission vehicles made a difference to 46% of decision-makers.

In 2020, our research found that the extension of the Plug-in Car Grant made a difference for half (49%) of decision-makers. But, since then, the UK government have announced an unexpected and immediate decision to reduce plug-in grants, lowering the discount available on new EVs.

One huge barrier to EV adoption is the availability of charging infrastructure, or in fact the lack of it. That’s why 45% of decision-makers said that investment in the national charging infrastructure would make a difference in encouraging them to transition to electric. To help with that, the Government’s Electric Vehicle Homecharge Scheme offers a 75% contribution to the cost of one charge point and its installation, up to a total cost of £350, for EV owners.

The value of EV incentives

Last year was a truly pivotal point for the motoring industry. For the first time ever, sales of EVs overtook sales of diesel engines. At LeasePlan, too, we had our greenest year yet.

So, the Government’s recent decision to announce and reduce plug-in grants on the same day really took this industry by surprise. The instantaneous change made sense – preventing a spike in claims – but left uncertainty in its wake. At a time where many motorists are only just waking up to the numerous benefits of EVs, the Government risks undermining its own messages around decarbonisation and promoting a green recovery by taking away vital incentives.

For this industry to thrive on this journey to electrification, we need to keep up that momentum up. Now is not the time to slam our foot on the brakes – let’s keep pushing forward to improve infrastructure, and continue to provide incentives to enhance EV ownership. After all, EVs are part of a brighter, greener future for us all.

Previous: UK firms planning to dramatically increase EV spending in next year
Next: Switch to EVs to save Cleanology £8,500 a year per vehicle