By Contributor / 1 month ago / Features / No Comments

André ten Bloemendal, vice president, Europe, ChargePoint, on the European diesel ban and what this means for fleets. 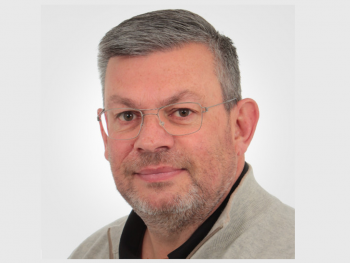 In an effort to achieve carbon neutrality by 2050 in the fight against climate change, the European Parliament is set to approve the Commission’s Euro 7 emission standards later this year. Euro 7, which is expected to come into force in 2025, will likely be the final emissions standards before fossil fuel vehicles are phased out entirely. It may also include “real-world emission monitoring over the entire lifetime of a vehicle.” Needless to say, Euro 7 will make it all but impossible for auto manufacturers to produce anything but zero-emission vehicles (ZEVs) by the end of this decade. As it has with earlier emissions standards, the UK — which already plans to ban the sale of fossil fuel vehicles by 2030 — is expected to comply with the initiative.

The new standards are on top of proposed restrictions on diesel vehicles in some of the UK and Europe’s largest cities. Twenty-four cities with a cumulative population of 62 million people plan to ban diesel vehicles entirely by 2030. Thirteen (including London, Rome and Barcelona) will eliminate all petrol vehicles from city centres as well. In some cities, including Paris and Madrid, the bans will begin in 2024, predating the Euro 7 standards. That is to say, the tipping point for the electrification of transport will come far more quickly than many anticipated. For fleets currently operating in “business as usual” mode, the timeline will likely seem even more urgent.

For delivery and logistics fleet managers who have yet to be impacted by the electric revolution (perhaps because they have recently upgraded vehicles), the impending restrictions serve as a wake-up call. According to BloombergNEF (BNEF), in its recently released ‘Electric Vehicle Outlook 2021’, global road freight demand will grow by nearly two-thirds by 2040. The market for light-duty commercial vehicles is expected to increase by 150%, while medium- and heavy-duty truck sales outside of China will grow by 90%, according to the report. Thanks to the upcoming regulations and bans, the vast majority of the new vehicles filling those needs will be electric. In fact, electric vans will account for nearly a third of light commercial vehicle (LCV) sales by 2030 and nearly 60% by 2040, according to BNEF.

As fleet managers look forward to 2024 — the absolute deadline for completing the shift towards sustainable fleets — it’s clear they must begin accelerating their electrification programs now. Fortunately, many OEMs have seen the writing on the wall for some time and have begun introducing several new EV offerings to the market, including light- and medium-duty trucks, lorries and delivery vans, to fast-track fleet electrification. The rapid transition from conventional to electric vehicles is creating both challenges and opportunities for the industry.

According to an upcoming report from GreenBiz entitled ‘The Time Is Now: Why Global Delivery and Logistics Fleets Are Going Electric’, smaller fleets won’t be spared from the immediate push for vehicle electrification. Brands like IKEA, which works exclusively with outside delivery and logistics providers, are moving aggressively in the fight against climate change. “If you are not on this journey, you are at real risk of being left behind,” says Ikea Retail’s head of sustainable mobility, Angela Hultberg. But those smaller fleets can take solace in the fact that many of the world’s largest brands are already beginning to rapidly electrify their fleets today. Industry giants such as Amazon, FedEx, UPS and DPD have all committed to massive emissions reductions, which means a future secondary market for light- and medium-duty delivery trucks and vans are already being created.

Incentives, including vehicle grants and the generous “super deduction” (which provides fleets with a 130% capital allowance in tax relief for qualifying vehicles and EV charging infrastructure) can make electric vehicles an attractive option sooner rather than later as well. That’s even before falling battery prices and lower fuel and maintenance costs drive total cost of ownership (TCO) for EVs below traditional vehicles by the end of this decade. For some use cases, including delivery vans, the TCO for all-electric vehicles is already lower, according to BNEF.

Citizens are also behind the ban, with 63% of EU city dwellers supporting the petrol and diesel bans by 2030. In London, road traffic dropped 77.6% during last year’s lockdowns and pollution from road transport plummeted by 20-24%. A YouGov survey conducted last summer found that as a result of falling pollution levels, 84% of Londoners “wanted air quality in their area to be improved.” As freight demand from online shopping increases and public opinion coalesces around cleaner air and transport, fleets are gearing up to lead the world toward electrification. An EV revolution that has been perpetually on the horizon is suddenly visible. With people, government, businesses and fleets working together it’s also inevitable.

Previous: BMW starts on-road testing of i Hydrogen Next SUV
Next: Willmott Dixon to deploy EV charge points at over 100 sites