Comment: No cause for alarm about electric battery recycling

By Natalie Middleton / 1 year ago / Features / No Comments 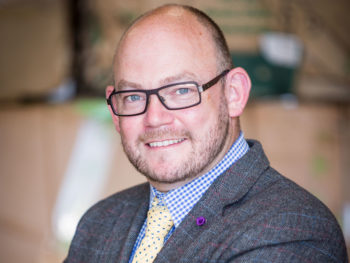 The University of Birmingham published a report recently which sparked concerns about an electric vehicle battery waste mountain.

The report focused on the challenge of capturing and reusing metals such as cobalt, nickel and manganese, as well as lithium.

From a processing point of view, some form of metallurgical treatment is required to extract the metals from the batteries and although there are no current UK-based commercial facilities, there are a few well-known and established ones in Europe, which is where they currently go.

Ironically, what’s missing isn’t the advanced technology to reprocess rare minerals, but a greater understanding at grass roots level, among dealers, dismantlers or scrap merchants, about what to do with a car containing an electric battery.

A year ago we surveyed 50 different organisations involved in end-of-life cars and found that less than a third had made any preparations to deal with electric cars. Experience so far this year suggests that the figure hasn’t increased much. What holds people back are concerns about costs, safety and additional resource from normal practice.

Facing a high disposal cost for lithium batteries goes against the accepted norm that an end-of-life vehicle brings in a positive value for the scrap dealer and the owner, and is a key factor holding back the recycling market.

We’ve learned that many sites at this stage won’t accept them, but lack of understanding about dismantling electric cars and what to do with the batteries is at fault as there are answers to this.

At Cawleys we have been dealing with lithium batteries since 2012 and more recently set up a decommissioning room for EV batteries within our site at Luton. This has been operational for nearly two years and we have developed new skills in training, handling and shipping lithium batteries from cars and vehicles. Many well-known car manufacturers have visited the facility to see for themselves how electric batteries are processed.

Breaking down a battery to the modular level is very important. We can collect and process a battery at the highest danger level, and will then split it down, reducing the risk; it’s a safer prospect to work with 20 x 30V modules than 1 x 600V battery.

Having broken down a battery down to a modular level, there are then established routes for end-of-life or second-life use of the battery component parts.

However, while we do this in a commercially controlled environment, we do think that there is a great risk of safety in handling lithium batteries. There is already an undercurrent of private second use where individuals are experimenting with electric-powered vehicles and power packs. This is where we suspect some early batteries are currently going, which further delays volume coming through for recycling, and might be giving rise to the idea of a waste battery mountain.

But, while there may be some stockpiling of electric batteries, it could never be described as a mountain; nor do we believe will it become one.

Electric cars are lasting much longer than predicted and lifespan is up for debate as battery cycles and components are still holding up well with first users. The SMMT has just recorded that the first mainstream electric cars on the road 18 years ago are still going strong. Recent thought is that even for the earlier cars, end-of-life volume is likely to occur within the next five years.

We will still have batteries to deal with that result from malfunction or crashes but our feeling is that it will still be a progressive build-up as opposed to a sudden explosion in numbers, as suggested by the Birmingham report. This outcome will mirror the growth in skills and awareness of recycling processes, handling and routes.

With battery volume being predicted to arrive in five years’ time, recycling systems and services will have developed in the same period. In the EV development sector there are some key faces appearing on the scene pushing innovation forwards and coming up with the answers now.

The power of the consumer in motivating change should not be underestimated here. The switch to mainstream electric vehicles is already on its way, but speed of uptake is a delicate thing and negative press about a build-up of uncontrollable waste could delay adoption.

We should be confident that electric vehicles can already be recycled well and not let concerns about battery mountains spook the market on the consumer or trade side.